HEAL THE LAND
If my people who are called by my name will humble themselves and pray and seek my face and turn from their wicked ways, then I will hear from heaven, and will forgive their sin and heal their land. (2 Chronicles 7:14. ) 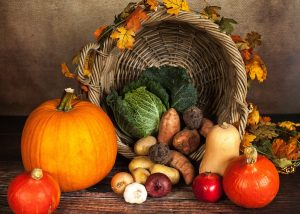 The Genesis story of the bible is such a beautiful show of the mind of God towards man and the ease at which He God intended man to relate with his environment. He God planted the garden and only gave man the job to Tend and Keep the garden and by extension, the earth.

Later, when man succumbed to the wiles of the devil, God put a curse on the ground and only in toil was he to eat from it. Man was banished from the garden God had planted and sent out to till the ground from which he had been taken. This ground was to bring forth both thistles and thorns, and so, in order to get food he had to battle these first. He was to eat from the sweat of his labor. We can say that the route to soil degradation started here as man was bound to find ways of reducing the sweat he had to expend in order to get food from the ground.

Over the years, as the population all over the world increased, there was a concurrent demand for food and introduction of new farming techniques. Looking back to the African traditional agricultural practices, we need no research to know that it was a sustainable way of food production that was used to produce food and over hundreds of years. There were lower populations and vast spaces in which to grow food and keep livestock. Food was grown in the more fertile areas and animals were grazed in the areas where grass was predominant. If you farmed an area for a period of time and felt the nutrients in the soil were depleted, all you had to do in many places was to clear out a section of bush which most likely was virgin land and this gave you a brand new fertile farm, while the land you had been working rested. Crops were grown mostly in small farms.

Africa was a pioneer in the development of agriculture with the first farms established millennia before the birth of Christ Jesus. A wide variety of crops were grown across the continent from the Sahel, West Africa, Sudan, Ethiopia, Eritrea, the Zambezi River, Congo river basin Uganda and Egypt. In places raffia, oil palm, peas, groundnuts, kola nuts, sorghum, bananas, pearl millet, gourds melons beans yams and African rice were all grown thousands of years BC.

When European influence arrived with colonization, there was introduction of large scale farming. The colonial masters grabbed large tracts of land and used forced labor from the locals to grow different types of crops for commercial purposes. This had a great effect on the land and soils on the continent. First the large scale farming led to clearing of vast areas of bush and forest. This started the environmental degradation that continues today with rainfall patterns changing and soil erosion increasing.

Plantation farming introduced by the colonial government brought about soil degradation. This is because it was mostly mono-cropping that was done. The main crops grown were maize, coffee, tea, sisal wheat and fodder crops like hay. Mono-cropping without crop rotation degrades the soil by stripping it of the nutrients that the particular crop requires. In most cases, rotation was not done because of the demand for the crops in Europe where they were being exported. The solution to this was to start using chemical fertilizers to keep the land productive year after year. This led to acidification of the soils in addition to polluting the rivers, seas, oceans and the air.

During the Second World War, Africans in Kenya were also allowed to start growing cash crops at a small scale, besides the crops they grew for subsistence. This was because of the increase in demand for these crops as a result of the war. They also started using modern farming methods including fertilizers on their farms. This further spread the degradation of soils into the African reserves. Furthermore some of them used the chemical fertilizers on the food crops they grew as the demand to supply emerging markets in the towns that were growing rapidly all over the country increased. This was the beginning of what has become the modern agricultural system in Kenya. It is basically based on growing of food crops, industrial crops and horticultural crops using chemical fertilizers and herbicides.

When chemical fertilizers are used consistently on the land, more fertilizer is needed in subsequent years as the soil is acidified and stripped of all its nutrients.

Eventually it gets to a point where nothing can grow, unless you apply more and more fertilizer each year. This means that the plants get their nutrients from the chemicals. In addition to this, it is old fashioned to weed in modern agriculture. Chemical herbicides and also chemical pesticides complete the picture. The food produced then ends up with high chemical residues. These cause diseases like cancer to spread.

In order to grow healthy organic foods, a healing of the mind, spirit and of the land needs to take place. We must not only humble ourselves and pray but also turn from the wicked ways of modern agriculture and embrace sustainable practices of Farming God’s Way in order to grow healthy food for the people of this continent. In the next article we shall see how to do this.

A father, a husband and a son of God. He runs Viro Mental Ltd, a renewable energy and organic farming business. He ran a Solar and power solutions business for the last 12 years. In 2013 He answered God’s call to be a farmer and embarked on a learning process that has led to him seeking to be a qualified trainer in Farming Gods Way.

PASSION FOR THE ART
I love farming and green energy I am passionate about doing it in God’s way.

Help us keep this magazine free

Thanks for subscribing! Please check your email for further instructions.

Thanks for subscribing! Please check your email for further instructions.