THE FEMALE SIDE OF GOD. 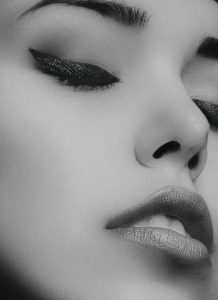 When I was a girl, I had a lot of conflicting data about what it means to be a woman. It’s a long tiring list that I can only include a (very brief) sample of. Women are: supposed to be in the kitchen, beautiful, clean and neat, entertaining, well dressed and composed and turned out, able to produce strong healthy boys, look after everyone, please everyone (parents and in-laws included), stand by their man ‘no matter what’, be strong yet weak, hard to get but not too hard, great in bed and in the kitchen, not be too fat or too thin, not be too tall or too short, not sit or lie or eat or talk ‘like that’, be hard to get but not ‘too hard to get’, strong, joyful… the list goes on depending on family, community, tribe, tongue and nation.

The funny thing is that though most of these ‘standards’ of the feminine were defined and outlined by men … and mostly made up along the way – a lot of the time, the enforcers and mediators of this sad, limiting and disturbing covenant, were (and still are) women.
Feminists included.

I grew up around boys, I had thoughts and ideas that rarely fitted in to the (ever expanding) list above. I read books, watched movies and listened to music that certainly all contributed to the distortions. And I was one confused little girl, who eventually grew up into one confused woman who was often greatly exploited by the community around her – who were equally confused in their own right, but because they had accepted and were playing by the rules around them… life was much easier for them. Coming to ‘salvation’ didn’t change much. If anything it made it worse, because now I needed to do all these things ‘as unto Christ’ and because I really wanted to please Him, I sweated to make all these things perfect and precise, ‘in the Lord’. And I was tired! I oscillated between rebellion against and conformity to (and yes, to my shame, enforcement of) these most stupid and obtuse rules of engagement.

And then I understood something. Not one human who had laid out or enforced these things had a clue what they were talking about, what they were doing, why they were doing it… not one. Every single last one of them had created a contextual hybrid that they used to ‘define the feminine’ and had laid out guidelines by which this imposter to femininity – the anti-feminine – was meant to operate under. And I couldn’t take it anymore.

Thankfully, God had mercy on me and put an end to my misery by showing me one crucial thing, His original intention, contained in these passages:

Revelation 19:7 Let us be glad and rejoice and give Him glory, for the marriage of the Lamb has come, and His wife has made herself ready.” And to her it was granted to be arrayed in fine linen, clean and bright, for the fine linen is the righteous acts of the saints.

Revelation 21:23 The city had no need of the sun or of the moon to shine in it, for the glory of God illuminated it. The Lamb is its light.

Here’s what He showed me. Mankind has set a standard for the feminine that does not exist, because the standard that mankind has set is based solely on the physical. But man is spirit. Made in the image and likeness of Spirit. God made man in His image and likeness, determining to express Himself through man as male and female, which remain God. Meaning that God has attributes which God chose to express as male and female. The reason why mankind forms the body of Christ as One, why a Redeemed Mankind can express as tribeless, tongueless and neither male nor female, and can come together as an entity known as the Bride of Christ and the New Jerusalem which express the female (feminine) aspects of God is because mankind is spirit placed in a physical body.
The physical body, which is the lowest form of expression, mankind elevated as the highest because he has eliminated the Highest, Who is God.

So, understand this, what mankind defines as female or feminine, he sees through the limitation of his own carnality, he defines female as breasts and physical form, womb and a strong back and a face that is defined as comely or not based purely on preference.
What God defines as female is Himself expressed as Spiritual form, Nurturer (breasts), new realities incubated and produced (womb), His joy (strength), hidden beauty of the heart (comeliness/attractiveness).

God chose to break down His nature into packages – male, female – to help man’s fallen self understand and come back to his spiritual self in God through Christ. To express the limitations of the natural world vs the spiritual. To give man a future and a hope to look for away from the mundane of the seen world. Not a fantasy, but a reality far greater than this world could ever offer, despite its own great beauty and appeal.

If you see the beauty and perfection of the Bride of Christ as defined in Revelation 19 (the righteous acts of the saints) and the New Jerusalem (light, dimensions, substance, with God and Jesus at the centre), you understand that when God constructed the female form, He was trying to draw men to see Himself. His gentleness, His tenderness, His ability to produce, His compassion, His tenderness, His love, His strength, His beauty and draw them to deeper than physicality.

In short, the true feminine is the ultimate expression of the Divine Nature and purpose of God from the perspective of fe-male.

So, what does that mean? There is no standard that man can create that could ever fit what God really has in store for those who love Him, for those who are His. Ours is to push beyond what we know, have seen, have been told, have been taught, has been laid down as laws governing male/female/God and look to Jesus, the Author and Finisher of our faith for the true and complete story to be told of what the feminine really is, and really can do and can become. A limitless, powerful stream of life, when connected to the One and Only and True God.

Plastic waste on the beach and the poisoning of ocean life