THE MALE SIDE OF GOD 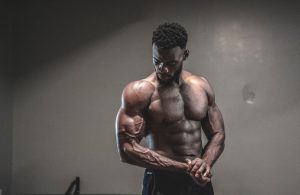 Suck it up!
You can’t do that as a man!
A man sheds blood before he sheds tears!
If you continue this way as a boy, how will you take charge of your home when you become a man! Never ending list of what it should be like.

I grew up without many friends, maybe just one or two at every point of my life. And being an introvert with a passion for idealistic thinking, my books became my friends and I enjoyed their company. I read everything I could lay my hands on as long as it flipped open and had black ink on it. And sure enough, my “friends” painted lots of pictures of what life is outside of my inner circle, gave clues of what a man looks like and what is expected of him both from his family and the society. But thanks be to God who helps us triumph over those things that have the power to create in us patterns that are not His.

Certainly, we are living in a generation that is running very fast towards the opposite direction of everything that God intended from the beginning for man.

Gender role playing
The system of this world by default has created a twisted role play for both sides of gender. And because these things are so ingrained in the heart of our very existence on earth, deciding not to live by these ingrained patterns is like deciding not to live at all. For the male, he is a man if he has a university degree, a well paying job, a car, a house, a fat bank account and sometimes a fine well trimmed body. Even though these things are not bad in themselves and even though they look like good traits of a well articulated life, there is not a society or man made institution that has the moral standard to define roles for either male and female. The purpose and standard of God for man (Male and Female) is simple and straightforward. The role and purpose of God both for male and female and that which defines them is to Tend and Keep the purpose of God on the earth. Period. See what Genesis 2:15 says “Then the Lord God took the man and put him in the garden of Eden to tend and keep it.” (Mind you, man here includes the woman still in man before she was brought out)
This is the whole essence of God’s plan for man. To tend and to keep the interest of God on earth. To tend means to nurture, to incubate, to care for, while to keep is to watch over with diligence, the purpose of God on the earth, till it bears fruit and multiplies. It is this tending and this keeping that Adam was created for and it is also for this tending and keeping that Eve was created as helper to Adam. And it is this tending and keeping that God blessed. And did you notice that what God asked man to tend and keep was not planted or planned by man? It was God who planned and planted the garden and then gave it to man to tend and keep it. Meaning that all that man has been taught to do in order to prove his masculinity is nothing but toiling and sweating which came as a curse after the fall of man. Meaning that for those who pride themselves in that which came out of toil and sweat only do so because they do not understand the original plan of God for man. And because both the male side and female side of God were created together on the day God created man and called them Adam, it means that to tend (nurture and incubate) is directly tied to the woman who is a natural incubator and womb for reproduction and multiplication, while to keep (watch over and take care) is tied to the man. Meaning that both sides of God which incubates like a mother and the side which watches over as a father are both ingrained in the Adam (male and female) that God created. Meaning that for the restoration of the original plan and purpose of God for the earth to come into place, the male and the female sides of God must come back into unity but not in the way that the society has created gender roles, and not even as what we have turned marriage to be, but as God sees Himself in each. The role play for a man, unlike my good “friends” had suggested is not toiling and sweating to bring food to the table. For when God told Adam to tend and keep, He didn’t show him the picture of using his hands to till the earth, but the picture of using spoken words, just as He God had spoken all things into being.

The male as room maker for the female.
There are lots of issues in our societies regarding gender roles, ratio of male to female in the labor force, gender equality and so on. I believe all these things are the direct physical implications of that which is deeply spiritual and that is already completed in God. Galatians 3:26-29 says, “For you are all sons of God through faith in Christ Jesus. For as many of you as were baptized into Christ have put on Christ. There is neither Jew nor Greek, there is neither slave nor free, there is neither male nor female; for you are all one in Christ Jesus. And if you are Christ’s, then you are Abraham’s seed, and heirs according to the promise.” This simply means that all gender issues are completely taken away in order to restore man back to the original plan of God. But in the physical: gayism and trans-genderism is what we see, which is a twisted form of what God intends when He said “there is neither male or female”. Truth be told, everything that God intends for a man to accomplish for Him will always be tied to the woman (wombed man) who carries the ability to tend, nurture and bring to birth such reality. This is the original plan of God from the beginning that cannot fail and the refusal of man to allow this pattern is the reason for the toiling and sweating that humanity has found itself engaged in. It is not about role play between both male and female, but about responding in real time to whatever God wants. Meaning that the issue is not about who cooks the meal, who brings the money for groceries, who takes out the garbage, in whose name the bank account is opened and the many other things we call roles, but it’s about allowing the flow of God in whomever He chooses to use. A true man who has aligned with his God given purpose and mandate to keep watch over the purpose of God on earth will make room for the woman who is the womb that tends, nurtures and births the realities of God. He will allow her and also encourage her to have her own expression in God.
To tend and to keep is both for the male and female simultaneously and they who understand this will by no means go off the track that God sets for humanity.

Re-definition
In the eyes of God there is neither male or female, boy or girl etc as it relates to role play. Everyone is simply a vessel to carry out the plans and purposes of God whichever way He, God, wants it.
So to you man who has been given roles to play by family, society, religious institutions, government etc, you will come out of such burdens if you align yourself with the original intention of God for you which is to keep watch diligently over the garden or whatever mandate God has given you. You don’t have to measure yourself by the standards of the world or society or measure your manliness by how much you have in your bank account, how fine and fast your car is or how large your house is. This is not your God given burden or purpose. All God called you to do is to simply align to his will to keep His purpose, whatever that may be. Meaning that, a real man is not that one with big biceps or deep voice or whatever the societal definition, but a real man is that one who has submitted his will to God by the way of the cross of Christ, taken up his mandate to keep watch over God’s purpose and who is making room for God to prevail both in him and in the female side of God attached to him. He is no longer moved or troubled by what the society calls role play but is only moved by what God says.

To you man, she is no longer your flesh and bone. And for you woman, your desire shall no longer be to your physical husband. For both the male and female have become the flesh and bones of Jesus and both their desires must be to Him.
And you know what, upon such man, family/marriage which has created a garden expression for God to come have His rest in the cool of the day will the eternal realities of God rest. They have become the tabernacle of God upon which His glory will dwell… they have become the expression of the marriage of the Lamb and His wife, bearing a covenant that cannot fail.

Samuel Phillips is a writer, graphic designer, photographer, songwriter, singer and a lover of God. As an Afrikan content creator, he is passionate about creating a better image and positive narrative about Afrika and Afrikans. He is a true Afrikan who believes that the true potential of Afrika and Afrikans can manifest through God and accurate collaborations between Afrikans. Afrika is the land of kings, emperors, original wisdom, ancient civilizations, great men and women and not some road-side-aid-begging poor third world continent that the world finds joy in undermining.