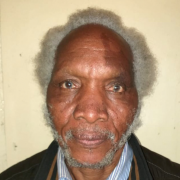 Do. Jack Githae is a professional FAO and UNDP trained…

Apparently the current locust invasion in Northern Kenya is not only a concern and a great threat to Kenya but also to the rest of Africa. This is because many communities in Kenya, East Africa and indeed the rest of Africa have not yet recovered from the recent and ongoing flooding and landslides emanating from unprecedented phenomenon of climate change. The excessive rain and flooding destroyed thousands of hectares of crop land, predisposing the communities concerned to eminent hunger and starvation just a few months before the onset of the seasonal droughts normally experienced between January and May every year in most parts of East Africa and indeed Africa.

The current locust invasion implies that unless it is very quickly contained it will clear the little food and vegetation which survived the excessive rainfall and flooding consequently the emerging/inevitable droughts will find the people and livestock already hungry thereby minimizing chances of drought survival in both human and livestock. It is in view of this reality that the need for mitigating against the impact of current locust invasion in Kenya arises. By the same token there is need for us in Africa to explore and understand the genesis of locust invasion with a view to innovating alternative ways of taking advantage of the crises.

Locusts are short-horned grasshoppers in the family Acrididae, which have a swarming phase when their populations become dense enough. The insects are normally solitary, but under certain favorable conditions of drought followed by rapid vegetation growth they become more abundant and change their behavior and habits.

They form bands of wingless nymphs which later become swarms of winged adults that freely move around and rapidly strip fields and cause damage to crops. The adults are powerful fliers; they can travel great distances, consuming most of the green vegetation wherever the swarm settles. (source: www.wikipedia.com)

The emerging climate change and global warming will make the grasshoppers becoming locust more frequent, we should prepare to take advantage of harvesting the insects to enhance our wellbeing and survival as the inevitable repercussions keep emerging. It may also be necessary in future to explore controlled and manageable production of the locust as human and livestock food, as indeed they are easier, more useful and more productive than many other insects like the crickets that have been earlier proposed for human and livestock feed.

Massive harvesting, drying and preserving them for usage as human food and/or livestock feed is the way to go. They make very good ingredients in supplementary diet for poultry, pigs, dogs, cattle, sheep and goats as they have high quality protein content.

Innovative entrepreneur and or government should have a standby provision for purchasing, drying and processing for harvested locust as raw materials for human and livestock feeds to take advantage of the locust invasion.