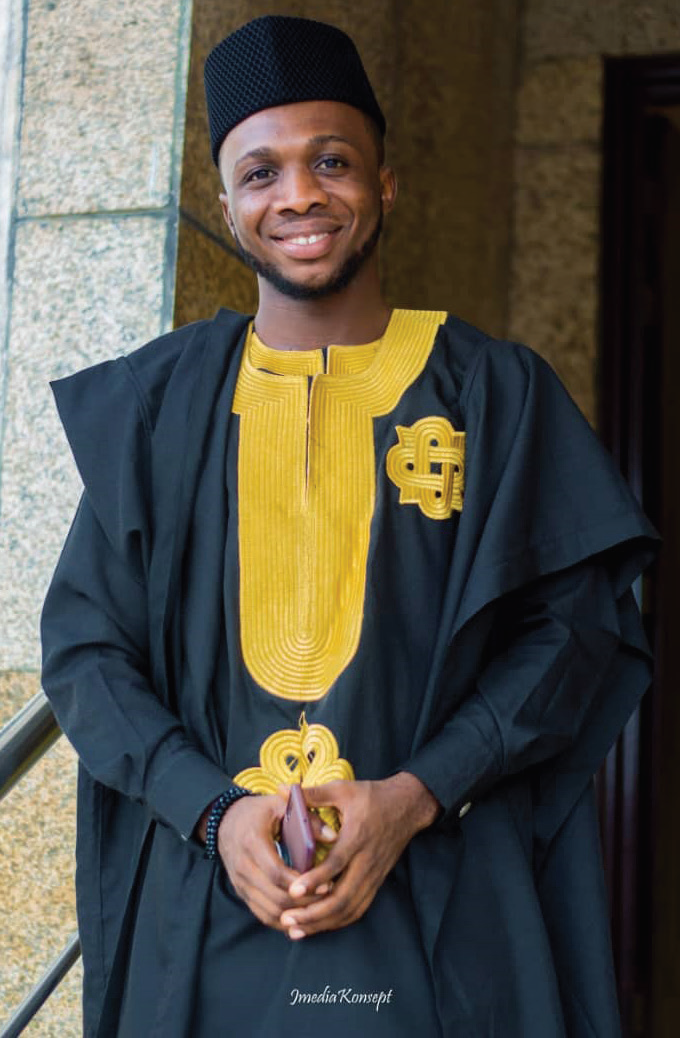 Tell us about you

My name is Igbunu Derrick Egwero. I was born in Sapele, Delta State but I hail from Isoko South Local Govt. Area of Delta State, Nigeria. I am a graduate of Mass Communication from the Delta State Polytechnic, Ogwashiuku however; I am not a practicing journalist.

I currently reside in Lagos State, Nigeria where I work as an assistant producer at Greenland Sound Factory Lagos. I also serve as a pianist and a music instructor in The Redeemed Evangelical Mission (TREM) Headquarters Lagos.I am also the pioneer of the Sapele Alive Vision with my team, Royal Priesthood Family, RPF.

You have a deep passion for music, how did it begin?

First, I’m a Preacher’s kid and that exposed me to music early because I was always in church and so at 11 I was already drumming, but I took particular interest in the piano. At 14, I became the music director of my dad’s church and that was the beginning of professional music for me.

The journey has been amazing and has been a fulfilling one but like any endeavor or career path, it has been a roller-coaster.

Since I started playing commercially at a very early age I was exposed to a host of people, talents and characters as well as a versatile world and so the ability to fit into all of that and still stay strong has beena great feat especially since I started really early.

My area of influence for some time revolved only around my locality, but when I got into the higher institution it was a whirlwind! I joined the House on the Rock Church Asaba in Delta state as a student, and in no time, I became and remained the music director of that amazing choir for 4yrs. In that time, we emerged the best choir in that region and even beyond, winning lots of awards. I moved to Lagos quite recently and I have worked with really amazing artists like OnosAriyo, Pita, Pat Uwaje Kings and so many others.

However, there were many times I felt like just quitting because a lot of people who I looked up to disappointed me, looked down on me and withheld their support but in those dark times I have always run to God and continuously He has always proved Himself true as my Father and biggest supporter as many testimonies have and are still abounding from these bold steps. 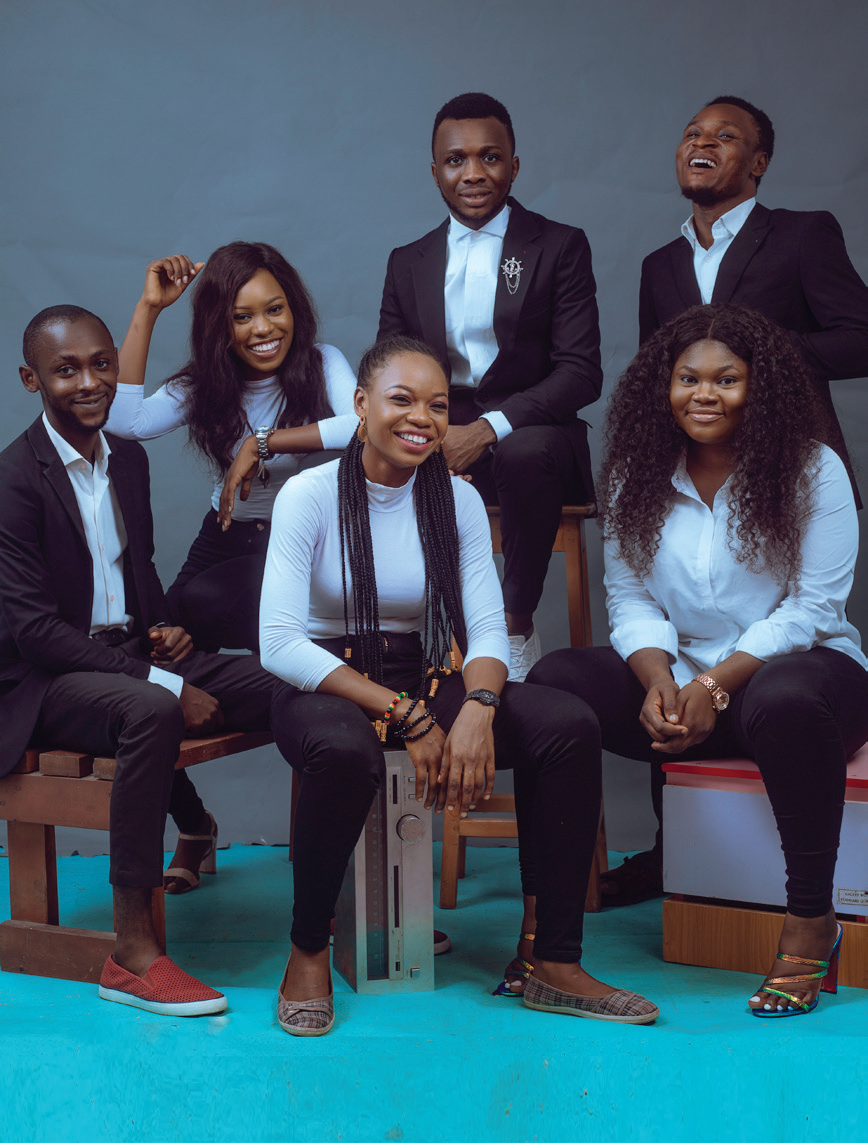 I am aware you have a music/singing group called RPF. Tell us about that group and how you have managed to stay together for so long?

Yes, I am privileged to lead an amazing set of great men and women who I have come to love deeply and appreciate so much and I call them The Army but God is our Captain!

It all started when God began to open my eyes to the vastness of talent in my city as well the corresponding attention and impact that was being achieved. I began to see that it fell short of what it was supposed to be at all levels. So after prayers and seeking the Lord fervently, we launched out as a team and began to consciously introduce God again into the city through music. When we started, people looked at us like another one of those groups which had started and crashed – but we held on to God’s mandate of restoring the consciousness of God in the city, reviving the dying art of corporate praise and worship and this we did in various cities. We also – by God’s help – inspired a lot of God’s children, especially the younger generation, to embrace their God-given destinies and to pursue their dreams in God.

After some months of touring some cities, The SAPELE ALIVE movement began. It is a concert of intense praise, worship and intercessory prayers for the City of Sapele.

As God will always confirm His Word, there have been lots of mind-blowing testimonies tied to this yearly concert. Because of it, many other worship and music concerts have launched out and other choirs, which had been afraid to start, all came out and it has been bigger and better from year to year as it still remains the biggest interdenominational Gospel Concert in the City of Sapele.

Finally, people have always wondered how we’ve been able to stay together for this long and I smile because our relationship does not begin and end as a choir but we have come to a place of communion. We are literally a family and we have never stopped looking to God.

there were many times I felt like just quitting because a lot of people who I looked up to disappointed me, looked down on me and withheld their support but in those dark times I have always run to God and continuously He has always proved Himself true as my Father and biggest supporter as many testimonies have and are still abounding from these bold steps.

What is your sincere opinion of the gospel music ministry in Afrika especially in Nigeria?

Afrika is blessed. The hand of the Lord is upon this continent and Nigeria as a nation is especially loved of God and is prepared for such a time as this.

There is so much talent and such a raw love for God in this part of the world but shockingly, it looks like there is really no impact because of the environmental and socio-political failures that we have come to terms with and it has hindered us greatly.

Over and over again young talent springs up, but because the body of Christ has failed to understand that money and support plays a major part in the propagation of the Gospel, there is a big fall back, because artists get discouraged and immediately Babylon offers them ‘food for the stomach’ and I cannot blame them. They just move on and forget all that God told them, because there was no proper attention and tending given to them by the Church.

In spite of this, however, there has actually been a break out as there have also been major collaborations between Nigerian artists and other Afrikan singers and choirs with foreign Gospelartists like Israel Houghton, Todd Dulaney, Travis Greene, J.J Hairston and the like. From the last decade till date, there has been a progressive movement in the music ministry in Nigeria, and it has impacted the world. Programs like “The Experience” Lagos, and many others have had guests from all colors and tribes worshiping God right here in Nigeria. Artists have launched out from the regular and have begun to test the waters with various genres and this has impacted us greatly.

There is still much work to be done and I trust God for a great shift in this decade!

How would you encourage others like you who are seeking to begin a new venture and facing uncertainties about how to start?

Firstly, we must know that the only thing and person that can stop us is ourselves. Not money, not people, not lack of support and not even the devil because all the devil sends is “fear” and for me, I have constantly had to deal with it by casting it out and speaking tomyself that I have the Spirit of love, boldness and a sound mind.

Staying in fellowship with the Man, Christ Jesus, has always and will always be the highest worship we will offer. So for me I will advise that anyone who wants to impact his/her world must stay in continuous study of God’s word and be fervent in prayers. Also focus on the mastering your craft – if you are a singer keep singing, learn all kinds of music and seek professionalism and perfection and make sure that whatever you release into the atmosphere springs up from intimacy and communion with the Father.

Patience is very key and the standard of our measurement of success must not be men but how obedient and aligned we are to the plans and purposes of God. I strongly believe in conquering your immediate environment so whatever talent or burden the Lord places in you, harness it first in your Jerusalem and do make sure you inspire your family, church, community and then the world.

Do you have any plans of recording an album?

Yes! We have started production on some of our songs and plan on releasing an album before August, 2020 are in motion. However, with the current world pandemic some of these plans have been kept on hold. I pray we can still meet our target but if not, we may just start by releasing singles.

Energy in Africa by Africans