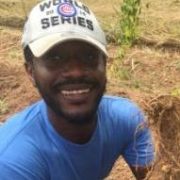 Olisaeloka PJ Okocha is a life-long learner and entrepreneur, and…

Recorded history is replete with numerous examples whereby singular events have played an integral role in shaping the world in which we live. Times of flux lead to vacuums emerging, and from strict observance of natural laws, we know that nature abhors a vacuum and that something ultimately ends up filling its place. 14th Century, Central and Western Asia (Europe) is one such example. The region, at the time, was in a state of massive upheaval as it grappled with the deadly Bubonic Plague. Several recorded accounts attribute the Plague to being directly responsible for decimating large numbers of the region’s population, with the western fringes of Western Asia losing over half of its population to it.  The Plague is widely characterized as the deadliest pandemic in modern human history. The region’s economy was adversely affected, as established trade routes witnessed a drastic reduction in the movement of goods and people. The high mortality rates correlated to dwindling population figures and a dwindling population meant there were fewer hands to work the region’s arable land, leading to acute food shortages and rising food inflation.

At the time, the African presence in the Southern Mediterranean, Maghreb and Iberian Peninsula was firmly rooted, with Africans having established flourishing civilizations in these areas for the past 700 years. The African presence in these areas led to great societal advancement as Africans introduced groundbreaking innovations in the fields of mathematics, science, architecture and medicine. It was, in fact, African scientists in the Iberian Peninsula who, led by Ibn Al-Khatib, having studied the Plague extensively, wrote treatises on the Plague’s origin and began to institute strict public health measures to quell its spread. The treatises’ content was widely disseminated and studied across Central and Western Asia, and mitigating measures were adopted, culminating in the halting of the disease’s spread and eventual termination of the disease. Despite the devastating aftermath the Plague had on the region and its people, critical societal transformations began to take shape in the period following the Plague, which ultimately ushered in the age of the Renaissance in Western Asia.

Once again in 2020, the world is in flux, and grappling with the COVID-19 pandemic. However, this pandemic isn’t confined to specific areas of the world but has spread across the globe. As Africans, it is imperative that we understand the world, our collective role in it, and embrace that times of great turmoil and upheaval also present tremendous opportunity. Just as our African ancestors saved Central and Western Asian civilization from complete destruction through sharing public health science and other forms of knowledge, we must grasp the great wheel of history with both hands and steer our beloved continent and the world to a place of stability.  Given our rich history as being the cradle of humanity and the world’s oldest continent, we have been delivering far below our capacity as a continent and people despite being blessed with an abundance of human capacity and natural resources.

Africa presently constitutes approximately 17% of the world’s population. Over the next three decades, the global population is expected to increase by 2.2 billion people, with half of that increase attributed to the African continent alone. In thirty years’ time, one in every four people in the world will be African.[1] Africa is also home to the world’s youngest population, with 60% of the continent’s population under 24 years of age. Annually, the nations across Africa have millions of young people entering into a labor market that is ill-equipped to handle the continent’s growing youth bulge. This is of course primarily due to the rapacious appetite of the continent’s elite, who work in cahoots with foreign conspirators to steal our commonwealth and in turn, steal our present and future. Given the yearning of our youth for opportunities, it is saddening to see our young people underutilized and become disaffected, and this is to our detriment as a continent, because Africa’s greatest resource isn’t its enormous natural resource wealth found beneath or above the earth, but in its human capital potential.

In this world, functionality is dependent upon a source of energy. Flora photosynthesizes from the absorption of the sun’s rays. Transportation systems cannot function without an effective fuel source. Our gadgets and devices also require energy to function. Humanity is no different. Food is humanity’s source of fuel and energy. The quality of food we consume is a key determining factor in the level at which we function. We must begin to take a sober collective look at the quality and type of foods we are consuming. Are we consuming affordable, safe and nutritious food that will enable us to function at optimal capacity or are we consuming inadequate nutrient-deficient food that does not provide us with sufficient nutrition to operate at optimal capacity?

Within the human body resides a highly complex system which connects both physically and biochemically the gastrointestinal tract and the central nervous system.[2] The communication that takes place between your gastrointestinal tract and your central nervous system is referred to as the gut-brain axis. Present within the human brain and central nervous system are approximately 100 billion cells called neurons that control the body’s behavior. These same neurons, remarkably, are also present in the human gut. Within the human gut are half a billion neurons.[3] A large nerve called the vagus nerve serves as an interface to send forth signals in both directions; from the gut to the brain and vice versa. Scientific studies also show that the microbes present in the gut produce chemicals that affect the functionality of the brain as well as the immune system through the regulation of what is allowed to pass into the body and what is excreted.[4]

The connectivity present between the gut and the brain is all the more reason why we must begin to give focused attention to our agricultural sector and make a concerted effort to create an enabling environment for the sector to truly thrive.

In our continent’s agricultural sector lies a low hanging fruit capable of solving a myriad of our problems. Africa has been endowed with 60% of the world’s remaining arable land.[5] We have significant water resources, abundant sunlight and teeming human capital potential. Utilizing our land effectively, encouraging technological innovation in the sector by way of incentives, building of supporting infrastructure, providing an enabling environment to facilitate large scale youth participation in the sector across every aspect of the agricultural value chain, and ensuring stringent guidelines are implemented to ensure we produce clean, safe and affordable food, will, in turn, ensure our food security, greatly reduce our unemployment figures, boost our immune systems and begin to alter our mindset and thinking. Empowered, healthy people, who are no longer living their daily lives in survival mode, who attained social mobility in a dignified manner and are eating clean, nutritious food, will begin to think better. Thinking better will enable us to collectively identify our problems, bring about solutions and continually strive for excellence. A continent of enlightened thinkers will drastically transform the continent for the better and set us on a path towards another African golden age.

Olisaeloka PJ Okocha is a life-long learner and entrepreneur, and committed to Pan-African unity and building a self-sufficient continent through agricultural innovation. A window into his mind can be found on his twitter handle @PJOkocha

The Power of Positive Stories

Arorwet and Tendwet: The Amazing AfriKan Herbal Remedy for Infertility