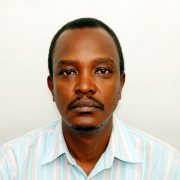 Organic Farmer/ Green Energy Expert A father, a husband and…

A part of God’s revelation through His creation is the diversity of species that exist under natural conditions. In Farming God’s Way we encourage farmers to adopt this diversity by practicing rotations, relay cropping and growing green manure cover crops. Farming God’s Way is not only applicable to the maize crop and this section will give you some guidelines on how to grow some of the alternative crop types.

In Farming God’s Way we advocate that rotations should occur every third year. Divide lands into 3 equal proportions and allocate the first two to the staple crop, for example maize, and 3 rd portion to the rotation crop, example green beans. (See diagram below)

Rotations have great advantages over monocropping systems, including

·Providing for protein and vitamins in family diets,

·Fixing of nitrogen by legumes, which result in cost savings and yield improvements for the following season’s crops,

Rotational crops are many and the variations thereof are innumerable, however here are some general guidelines:

· Rotational crops should preferably include a legume such as beans, soya beans, pigeon peas, cowpeas, sugar beans or groundnuts but can include sunflower, sweet potato and vegetables.

· The 3rd rotation portion can also be subdivided further to include a variety of vegetables for a family’s nutritional supplement. Select the rotational crop based on your climate, soil and objectives. Prepare and manage the land according to the selected alternative crop specifications, adjusting fertilization, spacing, seeding rates, depth of planting, thinning and topdressing etc. If you don’tpractice rotations you are going to encounter problems typical of a monocropping system, such as an increase in pest and diseases and a decline in soil fertility. Rotations are a significant part of the delivery of the “sustainable profitability” mandate of Farming God’s Way

Mixed cropping is a common African practice, especially with beans between maize rows, however neither of these crops reach their yield potentials with this system. We do not encourage a mixed cropping for manageability and best crop performance reasons. However, we do encourage relay cropping if the climate allows for this or there is enough residual moisture towards the end of the season. When running a relay race you pass the baton from one runner to the next. In the same way relay cropping is planting the second crop when the first one is tiring and dying back.

Relay crops are different to double crops which get planted after harvesting the first crop. Be careful not to plant the relay crop too early as then you will cause your first crop yield to suffer drastically when the grain fill stage is happening. Relay crops can be planted in holes in the row or broadcast under the dying canopy.

An example is how A farmer in Zambia, Dixon Shuwali plants Pigeon Peas when the maize plant leaves start to die back, usually at the end of February or March. In April, he harvests his maize and knocks down the stalks. Then in September he harvests the relay crop of Pigeon Peas. The benefits of this system include 2 crops in a climate with one rainy season, fixing of nitrogen because Pigeon Peas are a legume, increase in mulch blanket cover, good weed control through shade effect, as well as giving him the right to protect his mulch blanket from burning by rat hunters and grazing by animals. In the past 3 years his Pigeon Pea average harvest has been 750 kilograms or just under 2 tons per hectare, which is incredible in their dry non rainy winter season for a second crop.

Green manure cover crops have been used commercially for many years to build up the percentage cover of God’s Blanket, fix nitrogen, improve soil fertility, control weeds, prevent erosion, provide high protein animal fodder, additional income and human food. They are just like growing compost in the fields and their advantages over compost are they don’t need watering and are far less labour intensive. Some excellent legume varieties include dolichos lablab, mucuna/velvet bean, cowpeas, alfalfa, peas and hairy vetch. Examples of suitable monocots include wheat, rye and oats. Some species of cover crops such as cowpeas, peas and wheat are also well suited to relay cropping and can be broadcast under the maize canopy before the last weeding at leaf die back, serving as the second cash crop and as the green manure cover crop.

Organic Farmer/ Green Energy Expert A father, a husband and a son of God. He runs Viro Mental Ltd, a renewable energy and organic farming business. He ran a Solar and power solutions business for the last 12 years. In 2013 He answered God’s call to be a farmer and embarked on a learning process that has led to him seeking to be a qualified trainer in Farming Gods Way. PASSION FOR THE ART I love farming and green energy I am passionate about doing it in God’s way.

Guidelines for Creating a Community that Thrives