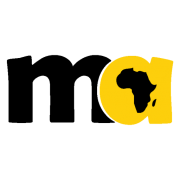 Where does the behavior of colonialism come from? The answer lies in 3 disciplines, ecology, psychology and neurology, which should not even be separated in their understanding.

Beginning with ecology, what we see is a principle of resource competition and resource overlapping between 2 different species, where a species is defined by the type of brain it has and what it senses about itself. This takes us to neurology where the human has 2 parts of the human brain that he or she relies on for survival and to thrive in existence. The dominant part of the human brain that concludes human consciousness is the cortex, which allows a person to think before acting, to premeditate action and to enable someone to respect others and oneself by self reflection. This then leads to psychology and the ability to think of one’s own thoughts and actions by oneself.

The second part of the human brain that we have is for survival and is called the amygdala, this part of the brain is commonly referred to as the reptile brain, it has a simple binary logic and is about animal instinctive survival, which is to feed, fight, escape, procreate and evade fear.

Humans are not meant to rely on this brain to live in society, it is only useful for extreme situations that require quick thoughtless decisions of survival. However, in many throughout time, some human children have been raised as entitled children who are pampered and kept away from taking responsibility for their actions or have been violently traumatized, both these behaviors towards children cause the child to refer to his or her amygdale survival brain and as a result, an adult with no human cortex sensitivity emerges. Such an adult becomes a psychopath, unable to share his or her existence with anyone else and is heavily reliant on the amygdala brain. Ancient Afrikan kings were raised in this manner and many ended up violently attacking their daughters by incest, in an attempt to live forever on earth, which was a belief that a father’s consciousness can be reborn in his daughter. The result of years of incest created a new race of humans called the white race, unable to access their human cortex and genetically tied to their amygdala brain as a social mechanism.

This is where the instinct to colonize and to enslave Afrikans comes from. It is a form of resource overlap, a competition for resources between a violent human like species and the Afrikan species of human. Today, we all live under the force of the amygdale brain logic and are even educated into living by it, which is referred to as a trauma bond in psychology.

The Age of the Black Afrikan