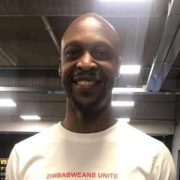 EDUCATED AFRIKANS AS TOOLS OF OPPRESSION

For context, this is an article I wrote when Mbuyiseni Ndlozi graduated with his doctorate two years ago. The article is more relevant today than when I wrote it, because of the true state capture that we are witnessing today under President Cyril Ramaphosa:

I’m sitting here laughing at the EFF celebrating the graduation of a comrade. I’m laughing in the same way many whites are laughing at the swelling numbers of black PhDs, CAs, LLMs, MScs and MBAs correctly known as MDCAs: Masters & Doctors of Colonial Administration, because it means more dedicated slaves for them.

The difference is, I’m laughing out of pain, because I just don’t know how else to mourn the fact that the growing numbers of black graduates have had no benefit on black advancement or reducing white domination.

And coming from Zimbabwe, I have seen this same pattern play itself out to a point where Zimbabwean graduates are too educated to grow their own food, such that they are now surviving on food aid with their degrees. Something that was unheard of among our “uneducated” ancestors who were self sufficient.

No wonder Gavin Relly and Nicky Oppenheimer in their capacities as leaders of the shadow government (Anglo American CEOs) both insisted that power would be transferred to blacks only once they had achieved an acceptable level of education.

They clearly understood that education was a medium of indoctrination to train slaves to serve the master efficiently.

Hence, 23yrs on, with all our black graduates, we still have no land, no economy, no authentic black innovations; no black banks, black insurers, black universities, decolonized education or African laws coming out of our black graduates.

Instead, our staple foods are now owned by German, Swiss and American biotech companies. Our resources controlled by the Britons, Americans and Australians. The price of our gold and platinum is still determined by the #LondonFix better known as the #LondonBullionMarket with the acquiescence of our most educated people.

Even the majority of our so called black empowerment deals have been found to be fraudulent fronting arrangements in a country renowned for the quality of its CAs.

Meanwhile, our output of black masters and doctorate graduates continues in earnest, but it has led to the consolidation of gatekeeping for the master and not the liberation of blacks and our economy from white domination.

It would seem that as the Oppenheimers had intended, education debt and expectation has coopted blacks into a shared interest with the oppressor.

Now let’s contrast this with Afrikaner graduates. Schooled in their own universities using their own language, a handful of them rose to prominence and successfully afrikanerized South Africa between 1949 to date through the Broederbond.

The result being a drastic reduction in Afrikaner poverty, increased Afrikaner ownership in mining, banking, insurance, politics, media and domination of farming in South Africa.

In just 23yrs after the founding of the Broederbond in 1918, Afrikaners successfully won, by unity, brains and organization, the political power to govern the unified federation of South Africa from the English in 1949.

The culmination was the establishment of apartheid, a program of separation devised specifically for the benefit of Afrikaners through the exploitation of the mineral wealth and black labor of this nation.

It’s a testament to mega Boer minds like Dr Hendrick Verwoerd, Dr Gerrit Viljoen, Dr Du Plessis, Dr Nicolaas Diederich and many more Afrikaner cerebral powerhouses who understood that education was a tool to bring change for the Afrikaner nation.

In the Afrikaner, we see the use of the graduate mind (albeit criminally) to produce measurable intellectual and economic benefits for Afrikaner advancement and the maintenance of the white super structure.

Today, we are now living in an era of the black graduate. An era in which we would expect their brains to be used to reverse past excesses, to bring emancipation to the black body as a survival mechanism.

But sadly, black graduates with their pompous, consumptive, unwavering servitude to colonial capitalism have been a curse upon black aspirations.

They are individualistic and hold their own kind with disdain. Looking down on the less educated, they are always seeking to distance themselves from the black body at every turn so that they can be seen as better.

They thrive on bragging about being the only blacks on the board or living in all white residential complexes. Failing to realize that such isolation renders them agents of other races’ interests and handicapping them from advancing black interests and ensuring their own survival.

It’s arguable, if such people have been educated to understand the concept of race common weal or common interest.

While they seek to isolate themselves for the pleasure of bragging about being the better black. The Indians, Jews, Chinese and whites endeavor to group with as many of their own in decision-making bodies to consolidate power and advance their group interest.

The blacks I’m referring to include the likes of Dr Blade Nzimande, Dr Phumzile Ngcuka, Dr Makhozi Khoza, Dr Ndlozi, Dr Mampele Ramphele and many more who are still administering the colony of South Africa for Anglo Saxon benefit.

All the while, fighting amongst themselves for the crumbs falling off the table where whites are carving the fast diminishing South African golden goose.

Among them are our black lawyers who have become specialists at administering colonial Roman Dutch Law and Discovery Law for the benefit of the 6% Roman and Dutch citizens at the expense of the majority (92%) black victims of those same laws.

These are the same black jurists who claim a legal basis for black land restitution, but daily they tacitly ratify white property rights and black dispossession by walking into our courts to enforce their white clients’ (property) rights to stolen property.

Some are specialists in the colonial constitution that was crafted under the stewardship of the Oppenheimers (yes, that name again), multinational corporations, western governments, multi-lateral bodies like the IMF, World Bank, UN, The Bank of International Settlements and a few black politicians like our president who had a conflict of interest and those who were under duress.

Through this constitution, white title to stolen property was codified and protected, while black claim to restitution was wavered by clauses that basically say that no restitution for stolen land will happen without payment for the stolen property.

It’s a legislated contract of sale of stolen property, deceptively disguised by the word ‘compensation’.

And to compound this, black judges have applied this constitution that is contrary to morality and one that has legalized an illegality over time in contrast with common law.

This they have done without consideration of equality and justice for the victim because, in South Africa, blacks are white property and therefore have no rights.

This leads me to wonder how we can have black academics and professors in law but we have no academic material and legal cases challenging the prevalence of colonial laws in a country with a majority of its people (92% of the people) having been victims of the same law.

South Africa is a signatory to the UN Charter and human rights ICCPR and ICESCR treaties. Albeit, the majority of our people remain internally displaced & dispossessed peoples with no homes, no land, resources, wealth, equality, dignity, justice, economic, social and cultural rights in their own country because of a crime visited upon them and still prevailing. Instead, it’s the criminals who perpetuated the crimes (against humanity) of apartheid who live in the highest standards of luxury from their crimes.

Today, the same are in an arms race to amass weapons, in a premeditation of a genocide upon the black masses for demanding the return of their stolen property and damages for their suffering. Through all this, black MDCAs are complicit accomplices in this continuation of apartheid through a colonial constitution, in the name of democracy.

What they don’t realize is that we have not reconciled but we have just postponed the inevitable mass uprising that will eventually be driven by destitution.

How is it possible that we have churned out some many black law, business, psychology, and sociology graduates in a country that still has no justice, restitution, emancipation and healing for the majority?

How is it that colonial, or should I say foreign criminal laws, continue to prevail and set precedence as case law in South African courts, on the watch of black ministers of justice, Chief Justices, judges, lawyers and court clerks?

Who are these black jurists representing, if they still haven’t dismantled the racist criminal system created by the minority English and Afrikaners (for their benefit) to give us a law that grants humanity, equality and dignity to the majority?

Today, the public protector is victimized by the same courts that administered apartheid with the support of media houses led by black journalists for endeavoring to protect the public (black) interest.

All this because the laws and institutions of this nation are geared to see blacks as chattel (property) and to protect minority interests in maintaining rights to that property.

All this is happening with the complicity of black intellectuals who are sitting on the sidelines like white South Africans during apartheid. Now too afraid to challenge the status quo, because they have become beneficiaries of the exploitative system, at the expense of the poor masses.

On another front, our NGOs which are usually run by PhD graduates, go out into the western world asking for birth control and sanitary wear to give our vulnerable girls and women. In return they come back bearing biological and chemical weapons as gifts, in the form of sanitary wear made from GMO cotton laced with petrochemicals, pesticides, herbicides and bleach.

For birth control, they are given prophylactics like Depo Provera, which are no longer approved for European patients because they sterilize woman and cause reproductive complications.

Our own educated people have become the tools of oppression upon our people. So, of what services are our black graduates, except administering white supremacy through their appetite for individual accumulation and consumption at all cost, as they have been taught by this toxic system?

AFRIKANS: Sing Your Song of Identity

PRAYING FOR PEACE IN SOUTH AFRIKA