by Letter to the Editor 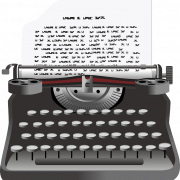 Feedback and powerful insights shared by readers of Msingi Afrika…

The Media Fraternity: Globalist Tools for Lies and Manipulation

The MASSES in the west are WAKING UP (thanks to the flexibility of the INTERNET) it is just that MAIN STREAM MEDIA  and MOST of YOUR LOCAL NEWSPAPERS they have “SHARES” in and thus dictates what goes on.

TO UNDERSTAND THE MEDIA AND THE NASTY BRAINWASHING  SCRIPTS THEY ALL REGURGITATE IN SYNCHRONIZED MANNER: Watch the video clips:

Note: ALL THE NEWS MEDIA IN EVERY STATE IN USA (and around the world also) all REPORT the SAME NUMBER OF CASES IN “EACH” STATE…HOW IS THAT POSSIBLE.

EVERY STATE/COUNTRY CANNOT have the SAME AMOUNT OF CASES on the SAME DAY…YET THE NEWS IN VARIOUS PLACES ALL OVER THE WORLD REPORTS THE SAME STATISTICS (in this case the give away clue is the number “33” of cases). This shows you that ALL the newscasters [The people reading the news] are shamelessly CORRUPTED as they all have been PAID to LIE. Only spineless people LIE this way!!

The TV, Newspapers (even those professing to be pro black like Huffington Post etc) and scientific journal outlets etc. are ALL CORRUPTED and tow the OFFICIAL LIE OF THE STATE/ESTABLISHMENT.

Sadly, including the likes of Obama, as you take your time to go back and carefully analyze his actions and public statements, then you know, like Sista Souljah once pointed out, “he” too was nothing but a compromised “puppet” and unfortunately (you do not understand WHAT “Obama Care” really is as it not what you THINK it is as you were sold an illusion so sit down then go find out more about its true purpose)  did secretly MORE damage to blacks intentionally keeping them in servitude lock-down than even Hitler did. Sadly, because we as a people are GULLIBLE and DESPERATE we fall for it all the time:

As sadly he was a “Clinton” house-negro so to speak…and the truth deserves to be said: Personally back then  I rooted for him NOT because I expected anything good, but I did so out of patronage to those who are labelled “black”. NOT because one expected anything tangible from him while in puppet office, as far too many Knee-Grows have colluded and worked AGAINST our kind to keep our race down in various ways even those who denied us [that is those with the technical /scientific know-how and intellect to do so]  the window of opportunity to do Nuclear REVERSE-ENGINEERING and thus one day create our own nuclear defense weapons when they ALLOWED the nuclear weapons in South Africa to be removed from South Africa and shared among the western nations:

Yes! you heard me: South Africa once had nuclear weapons as anyone who did a postgraduate International Law class in the 80’s knows that as it was part of the lectures we were taught in classes that in the 60’s Apartheid South Africa in collaboration with UK and France did nuclear tests in the Sahara Desert demonstrating their nuclear capabilities…YES! and it is also part of the reasons why immigrants crossing the desert in the late 90’s/early 2000 were often handled like aliens/deceased rhinoceros’s  by radiation suited up border patrol personnel when the migrant ignorantly risked it all crossing the Sahara as part of their quest to get to Europe via Spain etc.).

If ONLY you people Understood ALL these things then probably we would not be in the pitiful state of being/existence that those who are “labelled” as black are in today…TIME TO WAKE UP!!!

P/S So you are STILL on FACEBOOK huh!?? as the other video clip shows;  Did You Know that the “hidden” partner of Facebook Provided the Funding to PLAN the Murder of the Masses…The creator gave you a brain use it and STOP patronizing those who ENJOY dehumanizing and slaughtering you and your kind!!! Use your head at minimum get off their systems and STOP FEEDING THE BEAST!!!!

While the other cut out clip shows you that buffoon HUMPITY HUMP signed it into act. So you see they are ALL IN IT Together!!!

Finally: this video clip despite shrinking it, it is too big for email: But go here to the link below to watch the global CRY/APPEAL FOR HELP from the Aborigines as your NWO is systematically/openly slaughtering them too!!!

Anyone who still cannot see what is REALLY going on with all these events then certainly that person needs to go see a brain surgeon as their brain must be defunct…there is NO conspiracy here everything is REAL!!

A CALL FOR AN AFRIKAN MEDIA ALLIANCE

NOTE FROM AN AFRIKAN IN THE DIASPORA