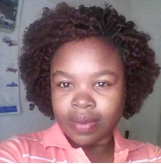 We cannot talk about tourism without mentioning the indigenous knowledge systems that surround most, if not all, destinations; as there is history behind everything in this life. Indigenous knowledge systems (IKS) are the ingrained non-exotic knowhow of a country, or people, that sets them apart from others. IKS are said to be superstitions that center on oral tradition mostly from history custodians, but l believe that where there is smoke there is fire, so IKS plays a humongous role in the preservation and conservation circles as a traditional measure. Seeing is believing, and most people can attest to the fact that IKS are in harmony with tourism operations, to a greater extent.

As a man-made dam and attraction, Kariba made its mark when it comes to IKS. This is seen by the fact that the construction of the dam wall went through a lot of speculation as the workers got into trouble with the Nyami Nyami. This is a river god, dear readers, in the form of a snake. It was said to live in the dam, thus it did refute the building of the dam which was meant to generate electricity for the country. As a result, the chiefs and traditional healers around the area had to perform a ceremony to appease the river god, in an attempt to build the dam wall without hassles, in order to ensure everything went according to plan. This is because they had come to the conclusion that without doing so, their plans were proving to be fruitless because the Nyami Nyami would time and again destroy the bridge. At one point that they had to engage the help of the local chiefs for a solution. In fact, even in the Project Management of construction sites these issues are common occurrences.  It goes without saying that if the river god had not been appeased by traditional means then the dam wall would not have been built. Dear readers, it can be seen that IKS led to the infamous Nyami Nyami artifacts that are sculpted, to also making Kariba a tourism hot spot in Zimbabwe; not forgetting the Tiger fish tournament which attracts tourists from all over the world.

The caves were said to have been a stronghold for chiefs that lived many years ago. I had the privilege to see the caves in person, as a visit is part of the orientation for the freshmen at Chinhoyi University of Technology. The caves are sacred, and they carry rich history, as chiefs were said to literally live in the caves. As one of Zimbabwe’s attractions, the caves are intriguing in the sense that they have a pool which is so deep and has clear blue waters. Rain making ceremonies were said to have been the order of the day in those days, as people came to the caves to perform them. Up to now the Chinhoyi denizens do attest that the rain making ceremony was a norm and it was fruitful as the region is still rich in farming. In a manner of speaking, sacredness and traditions have preserved the caves compared to other attractions. The depth of the pool is not really known up to now, and if you throw a stone in it, rumor has it that it will bounce back. Also, boat rides are among the itinerary as tourists want to experience the pool which runs into the cave. Henceforth, dear readers IKS is the back bone of tourism as the Chinhoyi caves are rich in culture, history and heritage and Zimbabwe is doing quite a remarkable job in preserving such an attraction up to now.

Mystery clouds is a popular destination, as tourists are fascinated about how it came to be. Great Zimbabwe is the fortress which was built by stones without mortar, plus the stones and rocks are still balancing as an upright structure up to now. Needless, to say this fortress, or these ruins, did go through harsh weather conditions. In addition, it is as ancient as Munhumutapa; a Rozvi King is said to have lived at the fortress as a sort of palace and this is where IKS chips in. Some say the fortress was built by the Portuguese who came to do trade in Zimbabwe but that is not so, dear readers, as we have a cluster of similar ruins of this nature in Southern Africa but they are smaller in size, like the Mapungubwe. IKS has managed to preserve the ruins; up to now they stand like the day they were built. The government is even giving out funds so as to maintain this monument for many years to come. The locals and history custodians believe that Great Zimbabwe is proudly Zimbabwean as the Zim bird (hungwe) sculptures were found at the ruins. Also, these mystic birds have never been seen anywhere else in the world. The bird symbolizes our heritage and it is on our flag, dear readers, after all Zimbabwe in other words means “the house of stones.”

As a way of protecting rivers IKS can be depicted by the issue of mermaids because in Zimbabwe they are said to take people underwater to their world and when you return you will be a greater healer. Allow me to say that because of this, people have stayed clear from the rivers, thus promoting conservation. Moving on with this line of thinking, illegal fishing was put in its place as marine life was protected from extinction that is the likes of kapenta. Furthermore, if you went to fetch firewood and you bad mouthed the area, or the animals then you would get into a sort of trance and end up spending the whole day in the forest. Consequently, all this managed to reduce the cutting down of trees as people were afraid to venture into the forest dubbing them as “evil forests.” No one wants to spend the whole day held up in the wild, so word got around and people started worshiping the forests for their sacredness leading to their growth in abundance, indirectly promoting biodiversity. It can be deduced that beliefs, myths and superstition can affect tourism in a positive way looking at these issues highlighted afore.

The locals have been playing a huge role through IKS as they were practicing sustainable management indirectly since the beginning of time. The preservation of animals is portrayed by the pangolin in the sense that this wild animal is meant for the chief only. This is because only the chief has the right to eat it. They say these are the perks of being royal. Apparently, some of the villages are located near attractions for example the Eastern Highlands, which is rich in biodiversity. If you are caught as a hunter with the pangolin you will go to prison or pay a fine to the chief. In fact, you will be slapped with a nine year jail sentence. Thus, ladies and gentleman this form of IKS has reduced the unwarranted hunting of animals. For that reason, this will ensure that the tourists will surely see these animals for many generations to come. Similarly, this is the same scenario that we are now facing with the rhino, as we are strongly against poaching. One can safely say IKS is vital to tourism, as it protects different species through traditional mitigation. Arguably, everyone in the village up to the children will grow up knowing the importance of wildlife thus preventing extinction.