Frank talk about the little things we do in Africa that undermines love, unity and brotherhood. 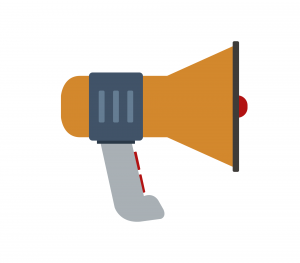 “If you talk nicely, we can see how to help you.”
“The problem with you is you refused to talk nicely… so it looks like you don’t really want to be helped.”
“I thought you were the best one for the job, but the way you’re acting, I just wonder… or do you want me to choose someone else instead of you?”
“Are you trying to tell me how to do my job?! If that’s the case then you can find someone else to do this for you.”

I think I have heard these statements in varying forms and contexts all my life. I have seen them used against me or my family or my country. They are statements that deny approval, acceptance, access, praise and favor, unless one complies with the ‘request’ or ‘offer’ that’s on the table. I grew up being taught not to resist the flow of this pressure, but that instead one should ‘not make trouble’, ‘not annoy such and such’, ‘not go against the grain’. In short, roll over and take it. Because the price to be paid was deemed to be ‘too high’. Depending on how desperate you are for a solution or to fit in or to be accepted, you could find yourself lowering your standards and giving in to this pressure. Because there is a price.

“Just talk nicely.” I’ve heard it from suppliers, from government officials, from friends and family and from the pulpit. “Just talk nicely” is a cultural declaration that contains within it the demand for complicity in mediocrity and apathy. “Just talk nicely” creates the environment that foments corruption. It contains within it the request “don’t tell on me”, “let’s agree to do this and you’ll benefit somehow”, “let’s just eat together, after all it’s our turn”. And if one refuses, it brings with it the promise of some form of destruction. It will not go well with you from the side of the one who is deemed to have the power.

It wants its victims to play along or else it turns mean and ugly. It rears its head in dowry negotiations and police stations…it slithers down from church pulpits and sneaks into boardrooms and family living rooms. Often times, it shows itself as some form of money changing hands. It is present in job interviews and negotiations and truly effective when it faces off against those with less power than itself. Its ultimate endgame is to get its own way by crushing all opposition using nuance and subtlety… and where that fails – outright threats and intimidation. I suspect it gained increasing ground during colonialism when new methods were introduced to manipulate and oppress… but it has always been around. For as long as the serpent has been manipulating man into doing its bidding.

Its language is fear and intimidation couched in pretense and smiles… all the while ready to do an about face and let the world know that you are the one with the issue, should one arise… if only you would “Just talk nicely”.

It’s tragic. Because “Just talk nicely” makes the statement that one is never going to get the product or service that they are actually paying for, at least not on the merits of the terms agreed upon. The one performing the ‘service’ will never actually strive to achieve something genuinely great, and has made a broad declaration with their lives that they have opted for failure and no other standard will do. The most wicked thing is that they are trying to take you down with them if only you would “just talk nicely”.

Its ultimate endgame is to get its own way by crushing all opposition using nuance and subtlety… and where that fails – outright threats and intimidation.

It’s as insidious as it is ubiquitous. Not too well hidden, and deeply entrenched.
It slips and slides around in administrative cracks in the government and along social lines – rich and poor, urban and rural. Like a deadly snake hiding, perfectly camouflaged between the rocks, it pretends not to exist. It is purely narcissistic in nature and places all the blame for its manifestation on its victims, even as it slips its serpentine coils around unsuspecting necks, limbs and torsos, ready to crush any and all opposition that it meets along its way.

It comes up in ‘harmless’ seeming ways, encourages one to participate in an activity that will ensure that harm will not come their way – even an invitation to a family dinner can have such layered context that one could play right into the hands of the manipulative spirit behind “just talk nicely”, which this time may be dressed up as “don’t upset mommy or daddy, you know they’ve not been well” or “you know they’re old, we just have to do these things to make them happy.”

It’s a global problem. It’s a spiritual issue. Africa must do everything in her power to fight off this spirit or else face the real possibility of not rising to her true place of purpose.

And it’s time to start correcting the various ills in our society.