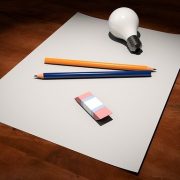 Are External Forces Emboldening the TPLF to Launch “Permanent War” Against Ethiopia?

*The author is unknown but we felt their voice had to be heard. We got access to this piece through the late Dr Bhengu. If you are the author please contact us so we can give you due credit. Thanks.

Please understand that the solar system travels as a whole across the galaxy and that this actual galaxy travels across the universe this is scientifically proven. But what scientists’ aren’t telling you is about the role 9 ether and 6 conscious ether gases play in reality. Understand that from a scientific perspective atoms and molecules are the substance of matter and anti–matter it is the combination of gases that created the sun which in turn made planets which in turn made life on earth – all under the will of the most high forces absolute nature. Now know that 2000 AD marked the end of a 6,000 year winter period in this solar system. It was within this period that 6 ether gases represented by thought processes linked to the moon had a dominance over the earth. Global warming is linked to the entering of the sun cycle, which begins in 2000 AD onwards and will last for thousands of years to come. This galaxy is on a 72 million-year cycle around the universe. The creation or evolution of the Nubian black race started within a sun cycle that’s why your hair is woolly and grows up to the sun with 9 ether heritage. The other races evolved within a winter cycle on the planet that’s why their hair is straight and grows down and doesn’t have the power to curl. African people must now embrace the science of your hair 9 ether when your hair curls it forms a circle. This is your scientific link to all space-time and matter. As everything in existence is made up of atoms, which are in the shape of a circle, the sun, the planets, blood cells etc are all circles the curl of your hair in to a circle is your genetic link to the creation of the universe itself.  You are closer to the genetic peak of what human beings can evolve in to on earth more than any other race. The hair symbolises creation itself the dot, the line and the circle must have existed before the atom. The fundamentals of all existence within a three dimensional plane.

A ha﻿ir that curls into a circle is the physical representation of all existence in man. It is a symbol recognised throughout all the boundless universes. All planets, all stars, all atoms, gas particles, blood cells indeed all existence for they are all circles. Your curly woolly hair is the link to everything – abso﻿lute nature. All humans are tied to absolute nature as the dot a﻿nd the line are covered by all races, but the curl of the hair ﻿into the circle is the completion of 360 degrees – absolute as anything that travels the line of the circle will trave﻿l forever. It represents a universal template in reality itself the nature of nature. Understand that if the circle curl of woolly hair is a universal symbol and all suns and planets are circles, then you are genetically tied to the creation period of the universe. Remember you are people of the sun with skin that ﻿is protected from the sun more than others – can you see the link. Know that because your hair grows up to the sun you are tied to the universal ecosystem of nature as every plant,  tree grows up to the sun as well.  This is why you are the manifestation of nature in human flesh. See from the stem of the h﻿air which eventually curls in to a circle overall makes the 9 shape. This 9 shape as stated; being tied to nature through the circle becomes the human representation of 9 ether on earth, as life force gases had to exist to create all existence inclu﻿ding the creation of this solar system.    These are hints to the science of your woolly hair that will never be taught by Caucasian – please understand that.  One of the best things you can do in serving your God or nature is respecting it. This means respecting the environment, which was made by natu﻿re  (neteru), or God. Now understand this doesn’t just relate to looking after animals, forestry, reducing CFG gases etc. It also implies the agreeable treatment of all solids, liquids and gases needed to preserve pro-life forces.  These life forces include forestry, water and most importantly the hum﻿an species.

For a human to actually look after themselves through good dieting and health in their original state preserves the positioning that nature or God genetically gave that individual. Now understand that when you destroy your own body through drugs, preventable diseases etc you are also helping to destroy nature itself. This is because you are a part of nature. To harm yourself you are actually aligning yourself with the negative death forces within absolute nature. This is why suicide is negative you are sacrificing your own existence to the death forces within absolute nature. To eat healthy, diet correctly, stay fit enhances your own life which represent the positive force of absolute nature. Now this also includes the physical appearance. It is very concerning the regression of the woolly hair in the west especially the US. If your god loves you, is all knowing, created everything, then why would you change how he made you. Lets be serious ! You are rejecting the way god /nature made you and are following the Caucasian appearance. Now overstand the laws of opposites exists on different facets of reality. The opposite physical appearance to the Nubian race is the Caucasian race.  Someone here represents life forces the other death forces. Who is it ? Let’s see. The woolly hair to become straight needs a heat or chemical reaction that destroys proteins in the hair follicles which maintain the genetic properties needed in hair growth up to the sun. The destruction of the hair proteins is a genetic death. Nubian women are aligning themselves with death forces – antinature as you are killing off the genetic ties with nature. Nubian women are continually tempted by their own black actresses, music artists and models to change their hair – the eve syndrome (temptation) – they be-lie-eve (belief) it is an improvement. Now please understand it is liberalism within marketing  that makes you think this is normal.

Suppression within our race is still running rampant and this mark﻿eting enforces it. Another brainwashing technique they use is to show you African women with woolly hair in the poorest conditions on TV they also show homeless black or insane women with woolly hair. The reality is they don’t have the t﻿ime to look after their hair in its woolly state simply because they are just trying to stay alive. Many Nubian women rebel against this physical positioning the media has giving our women with woolly hair. Nubian women must realise that you are following someone else’s image of beau﻿ty. The elite of the Nubian women are those in their original image as it was women in this image who were the first beings who evolved from water to give birth to all human species. Though scientist working for government agencies are n﻿ow trying to link the birth of mankind with Asia. They are trying to alter history as you read this. Nubian women you are in a league of your own when you are in your natural state. When Nubian women take on Caucasian traits(straight hair / dyed hair / contact lenses) you give positioning power to Cauc﻿asian women. The beauty of women will be based on their terms. They will only guide you further away from your natural state. The suppression of Nubians is continually enforced through black hair products like Dark &Lovely.  The ﻿lovely element to them must represent the straightening of the hair as you are dark by nature. Amongst women the physical leader of the straightened hair is the white women whose race due to their weakness of genes and genetic mut﻿ations has the most variety of hair and eye colours.  They have successfully converted the other races in to thinking this is an advantage in beauty when the variation appearance reflects a weakness in genes. The spiritual leader of the straightened hair is the Asian Indian woman.  Liberal white wom﻿en all get their spirituality from East Indian cultures. The spiritual unification of the Asians is taking place right now the Caucasians and the Indian Asians are joining their spiritual forces to go against the sun movement. On a social level this is seen in the Caucasian women and her followers adapting to In﻿dian fashion. On an economic level this is seen in the west building tighter links and joint ventures with India and Pakistan. It is also seen through the growth of small retail busi﻿nesses throughout the world. They are a genetic family unit ﻿– the Caucasian and Asian.

Are External Forces Emboldening the TPLF to Launch “Permanent War” Against Ethiopia?