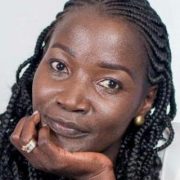 Alexis is the founder and CEO of Kakia Oils, a…

It is said that there are 17 different versions of the “Story of Thieves” or the story of “The Four Thieves.”  The European group of four thieves were actually spice traders and merchants who imported spices, including cinnamon and clove from India.

When the Bubonic Plague, better known as The Black Death/Pestilence/Great Plague, swept across Europe and Asia in the 15th Century, all international shipping and trade was closed down. Unable to do business, these spice traders quickly ran out of money and had to find a way to support themselves. It seemed impossible at the time to live in the vicinity of anyone with this horrible bacterial disease without contracting it, and, at the time the sickness really did mean ultimate death, there was no cure at all.

During this time, these four men were taking advantage of the death and devastation and became famous.

Since people in the towns were afraid to touch the dead bodies, the four thieves decided to loot the homes and bodies of the plague victims. They would take clothes, jewelry, pots and pans, and then barter or trade them for food and money. They believed they wouldn’t get sick if they rubbed vinegar, oils, and certain spices all over their bodies. They were able to set up a very lucrative pawn business. Until the King found out…

When the King heard about the story of the thieves, he wanted to know their secret about being in close quarters with plague victims and their homes without getting sick or dying.

The thieves were caught and brought before the King. He gave them a choice to either share their secret formula of “immunity” or be burned in public. The four thieves decided to share their secret formula with the King. They narrated that they had prepared an oil and vinegar recipe that, when applied to their hands, ears, temples, feet and a mask over their mouths, kept them safe from infection. It was their blend of oils and vinegar that came to be known as the Thieves Oil. The judge stayed true to his word. The men were not burned alive, but were hanged for their crimes instead.

The King immediately posted the thieves secret formula all over the town so every man could make it for himself.

Scientists believe the concoction worked against the plague because it repelled insects, including fleas, which spread that disease.

French chemist and scholar René-Maurice Gattefossé published the “original” recipe that hung in the museum of Old Marseilles, France in his 1937 book, Gattefossé’s Aromatherapy:

Take three pints of strong white wine vinegar, add a handful of each of wormwood, meadowsweet, wild marjoram and sage, fifty cloves, two ounces of campanula roots, two ounces of angelic, rosemary and horehound and three large measures of champhor. Place the mixture in a container for fifteen days, strain and express then bottle. Use by rubbing it on the hands, ears and temples from time to time when approaching a plague victim.

There is an account of the Thieves Story recorded in the Royal English Archives and the Thieves Oil has since been commercially patented by the Young Living company.

This herbal concoction supposedly protected people from the plague.

The recipe has many variations – is it magic elixir or the stuff of legends?

Over the years, many versions of this story exist, as do variations of the recipe but today we look at only two recipe samples:

-Mix into a dark glass bottle. Some recipes call for equal amounts of each of the five essential oils.

Due to the various properties of this blend of essential oils, the Thieves Oil has antibacterial, antiseptic and antiviral, and immune-stimulating properties.

There are many wonderful ways to use this highly health-supporting and versatile blend of oils, such as:

-It makes an excellent all-purpose spray solution for cleaning and wiping around the home: 3 drops of oil to 30mls of H20 or vinegar. Add the thieves oil blend first, then add the distilled water, mixes better that way.

-The oil can be used for massage to alleviate minor aches and pains.

-Diffusing this oil blend in the air to clear your chest and congested airways.

-It’s excellent for daily use on feet, hands & head as a natural fungicide.

Modern versions of the recipe generally include four herbs – one for each thief – and garlic, a strong anti-viral and anti-bacterial itself, infused in apple cider vinegar. Some herbalists recommend the Four Thieves tonic as a preventative to ward off any communicable illness like the common cold and influenza*. This makes sense when you look at the health-promoting properties of the individual herbs that you’ll find in most of today’s recipes.

To make your own Four Thieves Vinegar Health Tonic, you will need:

-2 tablespoons each of four or more dried herbs (rosemary, cloves, sage, thyme), chopped. Choose herbs with the properties you desire.

-Place the herbs in a wide-mouth quart jar and cover with the vinegar.

-Cap and place in a warm spot such as the back of the stove or a sunny window.

Herbalists recommended dosages of around 1 tablespoon diluted in a glass of water per day for an adult and 1 teaspoon in water for a child. Because its flavor is akin to salad dressing, you may want to use it as such, or add it to juice.

* Note: I am not making any medicinal claims here, this is the information I have discovered while researching this article, please do your own research and never use undiluted essential oils directly on your skin. The recipes in this article are not intended to take the place of regular medical care or advice.

Alexis is the founder and CEO of Kakia Oils, a community-interest agribusiness that celebrates the versatility, potency of plant-based oils from the best of African produce to promote wellness for all. The easy-going, adventurous mother of two struggled with eczema into her young adulthood, which she successfully controlled using botanical oils. When she quit formal employment, she pursued her passion for plant-based oils entrepreneurially. She is Christian, a student of nature and a seasoned Social Development Specialist.

A healthy gut intrinsically links to national development and prosperity?