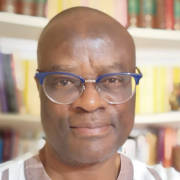 The pyramid always symbolises bigger consciousness of strength and energy. In your inside there is a point in which all levels cut themselves. This is the place of the renewal at which even dull razor blades become sharp again. With a bigger pyramid this place can be used for mystic experiences. The entrance of a pyramid in the dream stands for the search for the sense of life. She exists, as everybody knows, of a square and four equilateral triangles, can translate as a vision the action strictly directed on order. The pyramid can be to be travelled in the dream a picture for the wish of the dreaming. Often are reflected in her also actual travel recollections. On the other hand, the pyramid can also be on a discussion with ritual religious problems. Old-Egyptian dream researchers stated who sees a pyramid, a secret gets.

At the spiritual level the pyramid is a symbol for the integration of self-and soul. In dreams the pyramid can stand for the death, but it also contains rebirth. The base of the pyramid stands for the body, the sides show the spiritual attempts, the point symbolises the harmonious union of the human with the ‘higher self-‘ (God).

On a metaphysical level, for some belief systems the Great Pyramid is a place of great spiritual significance. If the Great Pyramid was used for religious purposes – such as a temple, place of meditation, or holy monument — rather than as a tomb, then certainly its size alone would make it a place of wonder. The ancient Egyptians saw the shape of the pyramids as a method of providing new life to the dead, because the pyramid represented the form of the physical body emerging from the earth and ascending towards the light of the sun.

Within man, there are two aspects. There is his real inner, divine self. There is also the body and intellect which, at his present stage of evolution, consider himself to be a separate egoist entity. However, there comes a time when man realises that he is not the body and intellect. His real existence is a state of being; a consciousness at one with the Universal consciousness.

The great pyramids of Egypt hold a real significance in this great spiritual quest.

Firstly, there is great significance in an equilateral triangle. The three sides refer to the tri-natured aspect of God: God the creator, God the preserver and God the transformer. This tri-natured aspect of God, can also be seen in the analogy of a seeker’s journey. There is the starting point, which represents his birth in the matter of creation, there is then the long journey of evolution and inner discovery; finally ending in the seeker’s realisation of his true identity. At this point, the seeker loses his identity and re-submerges in his original divine consciousness. Thus there are 3 aspects to a seeker’s journey. This tri-natured aspect is perfectly reflected in an equilateral triangle, which boasts a perfect symmetry. Within the 3 lines of the triangle, there is the area within. Thus we can say that the one is in the three and the three encompasses the one. This is the nature of God, 3 in 1 and 1 in 3. Thus it is said that God has four faces. Like points on the Compass; the four aspects of God, represent a different aspect of his nature.

The shape of the pyramids is chosen very carefully to reflect these underlying aspects of the divine unity. The pyramid has 4 faces. Three faces to the heavens, and one face to the earth. The pyramid is composed of 4 equilateral triangles, which all manifest the cosmic nature of God 3 in 1 and 1 in 3. The pyramids were built with the greatest precision. It was not built by slaves, but by adepts who had mastery over nature. They used their understanding of sacred laws to make stones weightless. They could reduce the gravitational pull on huge blocks of stone, thus enabling them to be effortlessly used. The idea of a huge army of slaves building the pyramid, has only been created because many modern egyptologists cannot conceive that the ancient Egyptians may have had technology not available to modern man.

The primary purpose of the great pyramids was a place for spiritual initiation. It was in the sacred confines of the great pyramids that initiates would undergo the process of attaining real illumination. The pyramids were chosen because they are an outer symbolism of man’s inner quest. The spirituality of ancient Egypt was concerned with initiates seeking the Divine within themselves. Unfortunately, over time, the spiritual initiates who guarded the secrets of realisation, lost influence and over time, the pyramids became used for different purposes. This is why it is hard to find evidence of these early spiritual practices.

The significance of the Circle in traditional African spirituality

In traditional African culture and spirituality the image of the circle is a prominent feature that permeates all departments of life. In essence, the circle represents completeness, fullness. It is the primal source of energy and wisdom. The circle is thus an image of what is named God – that which is the source of all things and continues to give birth to new possibilities thereby offering hope. The association of God with the circle (or vice versa) explains why many life forms, ceremonies, rituals, buildings in traditional African culture follow the shape of a circle. Now I will try to illustrate why these circular formations are prominent in African culture and tradition.

Life is sacred because life and creation manifest God. Therefore life and creation are places of encounter with God. And so, the circular shapes that rituals, buildings and certain life forms follow manifest divinity, sacredness, unity, completeness, inter-connectedness and fullness. For example, the circular shape of the rondavel is meant to align the homestead with the Creator and the fullness of life. The shape of the rondavelhas deep-seated religious and spiritual connotations. The rondavel represents the origins of creation and the unity of life. It is a symbol of safety and fullness of life.

Similarly, dance gives expression to a deep relationship with the Creator or represents a relationship with the Divine Spirit. In traditional African culture most forms of dance follow the shape of a circle. For example, isangoma (the diviner) uses a circular dance when performing acts of divination. Whilst divination is intended to cure life’s illness and restore wholeness, its performance enacts the wholeness of life and gives visible expression to how life is like when lived in its fullness. For example, participants in the ceremony of divination sit in a circle singing and clapping.

Many other creations and rituals are circular. For example, men and women in a rural village sit in a circle, drinking home brew beer out of circular utensils, and circulate the utensils among themselves. Abakhwetha (initiates at the circumcision school), during their period of separation, live in round shaped structures (ibhuma) which symbolise their birth into new life through their passage from boyhood to manhood.

And so, a circle symbolises birth into new life, completeness which is associated with the Creator. The circle is also a symbol of inclusion and interconnectedness with all creation. When people meet in a circle, everyone occupies a front-seat. In a circle everything is interconnected.

However, it is hugely regrettable that most churches in Africa reflect a feudal, hierarchical and European architecture, with oblong buildings, long aisles, sanctuaries set apart from the place “ordinary” worshippers.

However, if missionary Christianity had, from the onset, taken traditional African spirituality and its symbols seriously, a dome-shaped structure for a place of worship would not only be more familiar, but would also give expression to the idea of new life, new possibility, which is what resurrection is about. The building itself would represent a story of hope, the story of the resurrection. It would also represent the completeness of God’s creation as well as an act of praise for what God has done in creating. Round altars and pulpits with people seated around them would also be more appropriate than the altars and pulpits that are placed “away” from the worshippers.

Even more importantly, the image of the circle is a critique of some of the ways we relate to one another, and the way we use and exercise power in society. In most worship services the minister stands up front and does the talking. Without doubt, we need images to help us develop a spirituality of great depth which highlights that we each have something to offer, that my education and training does not make me a more worthwhile person than anyone else. In our search for meaning in life and the appropriate ways of relating to other people and the rest of creation we could perhaps retrieve the image of the circle to subvert and to reject power over another as an inappropriate way of relating.

This article (text) was originally published on his website (link below) and is reproduced here by his kind permission.

Expand your curiosity, but create with a purpose

Nation Building in the Hands of Irresponsible Builders