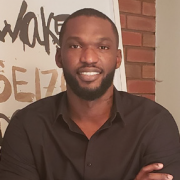 John Igbokoyi is a 4th year engineering student at the…

A Sustainable Development Approach to Re-Installing an Energy Sector; Energy-Mix, Segregation for Integration, and Credit System

THINKING FOR THE FUTURE

In an article published by Forbes, written by Alan Ohnsman, Peter Thiel, stated how COVID-19 marks the true start of the 21st century. It is clear to all we indeed are in new times. Everything is changing, from the way we work, our interactions, to the production of the energy we consume.

In this article I will lay out a strategy in the new energy and economic frontier, that is Energy in Africa by Africans. The cost is high, but the end result, a beneficial socio-economic way of life for Africans, even better.

An attribute shared by most African countries is the endowment of natural resources that are mismanaged. With a statistical population of over 200 million in Nigeria, and a history of inadequacy, a new system beckons. One that will allow for manufacturing, thereby leading to authentic economic rising.

A briefing on Nigeria’s electrical system: 12.522 GW generation capacity; fossil fuels account for 81%; losses at start of transmission equal 56.67% of the 12.522 GW; receipt by consumers are recorded at a measly 25%. Externally, Nigeria was ranked 8th in the 2019 global petroleum export.*

There are two problems of a technical nature to tackle here: adequate electricity provision, and CO2 emissions reduction. I propose that these two problems are easily resolved, were the political issues handled.

Here are a few sub-issues at hand:

Clean energy is a term used to denote energy from renewable energy sources that omit little to no CO2, ranging from solar, hydro, wind, ocean, hydrogen, geothermal, to biomass. As early as 2001, solar has been a topic of discussion as seen between then Jigawa State Governor Ibrahim SiminuTuraki, and SELF (Solar Energy Light Fund Executive) director Robert Freling. Nigeria would benefit greatly from solar energy and wind energy due to its strategic location. A careful analysis of the map of Africa will reveal only 12 of the 55 countries do not border the ocean.

First let us curb the CO2 emissions problem, and we will tackle this by implementing carbon capturing techniques that are the easiest to integrate. Of the three main combustion processes (pre-, post-, and oxy-fuel combustion), post-combustion would be the easiest to tackle first. Methods such as MOF (metal organic framework) – designed nano-sponges (these are organic-inorganic hybrid crystalline porous materials consisting of a regular array of positively charged metal ions surrounded by organic ‘linker’ molecules) would be a suggestion. Another method is passing the flue through a liquid amine compound that absorbs most of the CO2; at exhaust carbon capture should be investigated.

On the backend of this process lies the economic benefit of the captured carbon for uses in fire extinguishers, carbonation of soft drinks, refrigerant/coolants, frozen food manufacture for decay prevention, urea production for fertilizers, and medical grade carbon for preservation of artificial organs and in cryosurgery. Yes, this will be an expensive venture, but considering the 2019 $448.12 billion USD GDP as recorded by the World Bank, and according to the DMO (Debt Management Office) a total debt (external and internal) of $79.5 billion USD as of March 31, 2020, a ten year project timeframe will put a profitable dent in our coffers.

By effectively reducing CO2 emissions at the second largest source, we can make headway towards reducing it at the largest source: automobiles. However, this discussion is not meant to discuss electric vehicles, but I will suggest an idea or two that can be picked up about that. And I propose that Nigeria is beyond capable of dominating the EV market, in Africa and beyond. A discussion for another time.

The recommended cure to the electrical system in Nigeria is in two parts. First, mixed-energy sources. Second, a system I call ‘segregation for integration’: a technique that both protects the overall electrical system and prevents unnecessary outages.

Our best available resources dictate we focus on solar energy and wind energy. Solar farms have been constructed to produce from 13.4 MW in Japan, up to 40 MW, and 70 MW in China.* This is the recommended construct for the reason of vast availability of land for use.

Boasting of 911,770 km2 of which 80% is not being used for human living, I present, in the research paper*, options for percentage utilization of the available land, with expected power outputs and expected financial expenditures. The beneficial energy-mix system for Nigeria using the technique is the quint-series: solar + wind + fossil fuels + hydro + energy storage systems. Due to the uncontrollability of renewable energy sources, energy storage systems will be necessary.

Segregation for integration: it is the regional grouping of the country for energy consumption, with linkages between the regions to support temporarily disturbed regions. A great advantage to this technique is its scalability. Via certain technological development, consistent electrical supply can be achieved.

The goal is sustainability, primarily speaking to longevity. Longevity can be interpreted as the continual availability for utilization of a development that does not destroy the environment. The developments must also advance the people they are meant to serve – this I will touch on in a subsequent section.

Integrating renewable energy developments into the existing transmission-distribution system is certain to further collapse and potentially cripple the system. Hence, new systems must be developed alongside the optimization of the existing system for progress and a significant ROI (return-on-investment) to be realized.

1. Upgrading of existing lines and stations via audited monetary expenditures.

2. Development of hubs for the separation of the existing power systems into the segregated regions.

3. New development under a segregation method:

a. Pre-existing lines will be overwhelmed, hence

b. New lines must be developed, and

c. Grid stability issues should be considered due to potential generation instability of renewable energy power plant; fluctuation in generated power must be considered.

4. Strategic integration of the newly developed lines and stations:

a. Newly developed lines and stations must first be integrated with one another, then

b. Should be integrated with the pre-existing lines and stations.

5. In this era of AI/autonomous operations, an optimum monitoring system must be integrated to provide alerts and/or self-maintenance and self-rectification measures.

This strategy allows for ease of monitoring and maintenance.

An imperative goal is consistent and socio-economical electrical supply to the market that is the consumer.

Power Sourcing: Design consideration should be given to peak consumption systems.

Strategic consumption regulations to consider include:

Consumption Rates: Assigning varying electricity cost based on the time of the day based on:

Investments into micro-systems to do the following should be considered:

These technologies should be implemented at these levels:

Furthermore, these technologies, developed in Nigeria, will provide Nigeria an economic boost by bringing manufacturing to the country, and positioning Nigeria in the global technology and manufacturing industry.

Now we discuss what is arguably the most important part of our venture: sustainability. The goal is and must be the indefinite and successful continuation of a socio-economically beneficial energy sector. It is by this that the necessary manufacturing sector can thrive.

Steps must be taken to ensure sustainability and its goal as described above is ensured. Consideration must be given to human resources and education.

It would be beneficial for the personnel to be adequately trained in the implementation of a sustainable energy sector. In 2019, Nigeria reported a total of 11 power grid collapses.* That is 1 collapse every 4.72 weeks. An unacceptable number that can be avoided by (a) sourcing and installation of optimal components, (b) diligent monitoring and maintenance, and (c) prudent operation with integrity. Without consistent auditing, the continuation of $29 billion USD* annual cost will continue.

Education is important for sustainability; hence it must be structured into Nigeria. A recent political debate revealed Nigerians in the U.S.A. hold more Bachelor’s degrees than any other nationality in that country at 59% of U.S. adults. Surpassing U.S. (33%), S. Korea (56%), China (51%), U.K. (50%), and Germany (38%). These stats* go to show the intelligence of Nigerians, hence educating Nigerians in the development and operation of energy-mix systems, although it will be challenging, is possible and necessary.

The three main educational needs are:

Leo Tolstoy concisely illustrated; patience and time are the two most powerful warriors. These two coupled with a collaborative sustainable vision of society, can in fact reveal a Nigeria with both a more profitable energy sector (think manufacturing), and a much needed and deserved better standard of living. Financial expenditures audited under the banner, in actions and words, reading, ‘Rule of Law’, installing and operating the described power systems can prove, by means of providing jobs, inspiring intelligent conversations and pursuit of better, can lead to a much developed socio-economic environment for Nigeria, and Africa as a whole.

John Igbokoyi is a 4th year engineering student at the University of Victoria in Canada, where he is majoring in electrical engineering, and minoring in mechanical systems, backed up by courses to strengthen his business acumen. He is involved in the stock market, as well as projects in the aerospace industry, and energy sector. He has spent time studying and understanding applicable knowledge necessary for the sustainable development of the infrastructure and economy of a society, for progress and most importantly socio-economic benefits. He believes that one must at all costs pursue that which they believe they are destined to do; with dedication, focus, and commitment, and the relentless pursuit of all that is good, anything is possible.

Is the Kenyan online community becoming too toxic?

Putting Coal Into the African Perspective