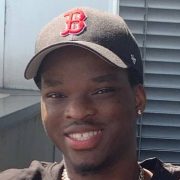 I’m a 23 year old Pan Africanist who is passionate…

You might be wondering what is the Bigger Picture that I am emphasizing about? Well, it will not even take two minutes for you to understand the direction I am taking you towards.

MOTHER AFRICA, we the children of Africa (Youth) and African descendants are The Bigger Picture that we need to see.

Much is written about Africa today, and most of it is not positive. On a daily basis we hear stories of disease, despair, hunger, poverty, lack of potable drinking water, security threats, no quality education, poor roads, failing health systems and the list goes on and on. But there are also stories of hope, promise, potential, success stories, as well as the feeling of freedom.

In simple terms, the Bigger Picture is the overall perspective of an issue. The is the viewpoint that provides you with the most important facts about a situation and the effects of that situation on other things. In this article, we are going to dive in on the Bigger Picture as I defined it earlier.

Have you ever sat down and wondered what is the African Dream? I will tell you the answer from my perspective: it is UBUNTU!

The meaning of Ubuntu is captured in a very nice story from Africa that you may or may not be familiar with. It is said that an anthropologist proposed a game to African children in a community somewhere.

He placed a basket of sweets near a tree and made the children stand 100 metres away. Then he announced that whoever reached the basket first would get all the sweets contained in it.

When he said READY, STEADY, GO! Do you know what the children did? They all held each other’s hands, ran together towards the tree, divided the sweets equally among themselves, ate the sweets and enjoyed them.

When the Anthropologist asked them why they did so, they answered “UBUNTU” Which meant to them, how can one be happy when the others are sad? Ubuntu is a Nguni word which means “I am because we are” A powerful message for our generation.

The moral of the story above is that we Africans need each other in order to prosper and change the narrative of our beloved continent together, hand in hand. The Bigger Picture in the story is the fact that the children ran together to reach their destination (goal) as one.

We are in the 21st century and we are still suffering from Imperialism through Neo-colonialism. All Africans, especially the youth, need to embrace Ubuntu, because that is the only way forward. We want a self-reliant Africa, feeding ourselves through agriculture, a single Passport, a single currency and much more.

Accountable leadership remains one of the biggest challenges to development in Africa. Africa is young. Why are its leaders so old?  This is a question we should be asking ourselves every day. We know our leaders are old and out of touch, because we see and feel the situations, on our beloved continent. Africa has a leadership age-gap disconnect between the leaders and the led. Most African leaders are 55 years or older, with some as old as 75.

However, African leaders have not always lived up to the expectations by the people who put them in power, but there is hope in the rising generation of youth who could and should play a critical role in building Africa as a whole.

The Bigger Picture will be the one paying of the debt accumulated by poor leaders, who do not have Africa or their nations at heart, and only go running to the IMF, France, USA and what have you.

Africa needs ambitious leadership, now more than ever, and that is why there needs to be an African Revolution!

The Barrier to World Community

There have been some Revolutions in Africa we can use as case studies. For example, the Arab Spring in North Africa in the early 2010’s.

Did the Arab Spring in Tunisia, Libya, Egypt yield any positive results? That is debatable, but to some extent it did show that the natives wanted a change in the narratives of North Africa, in almost every aspect be it Social, Political, Cultural, Economic. We can say that is similar to many countries in Sub-Saharan Africa. As we have seen in Nigeria with the #ENDSARS protest and currently in Ghana with the #Fixthecountrynow movements, social media plays a critical role in shaping events in Africa.

It is significant to note that these events are always spearheaded by the young populations of Africa.

For Africa to catch up with progress, there needs to be focus on our educational structures, there also needs to be more Afrocentric thinking. Education is the key to a brighter future in Africa and through Education we can build the next generation of great African leaders.

In addition, for us to realize the ultimate African Dream of an Africa beyond aid and in the spirit of UBUNTU, we the young people of Africa need to be a part of decision making and it does not necessarily mean the political sphere, it can be in our homes or even in our communities.

Finally, the Neo-Colonialists have no form of tactics, or any arsenal apart from the ancient divide and rule or should I say divide and conquer? People believe that Africa cannot unite because we lack the three necessary ingredients for Unity, a common race, culture, and language. We have more in common than what divides us. The winds of change must blow through every African and we can feel that already!!

The salvation of Africa lies in our hands, and we can achieve that only through Unity.

Uniting is the best step to developing our society. As the saying goes, two heads are better than one.

I’m a 23 year old Pan Africanist who is passionate about the development of Africa and changing the negative narrative of Africa. I believe Unity is the key and that is why I always say UBUNTU - I am, because you are

The Barrier to World Community

The Battle of Adwa: An African Victory