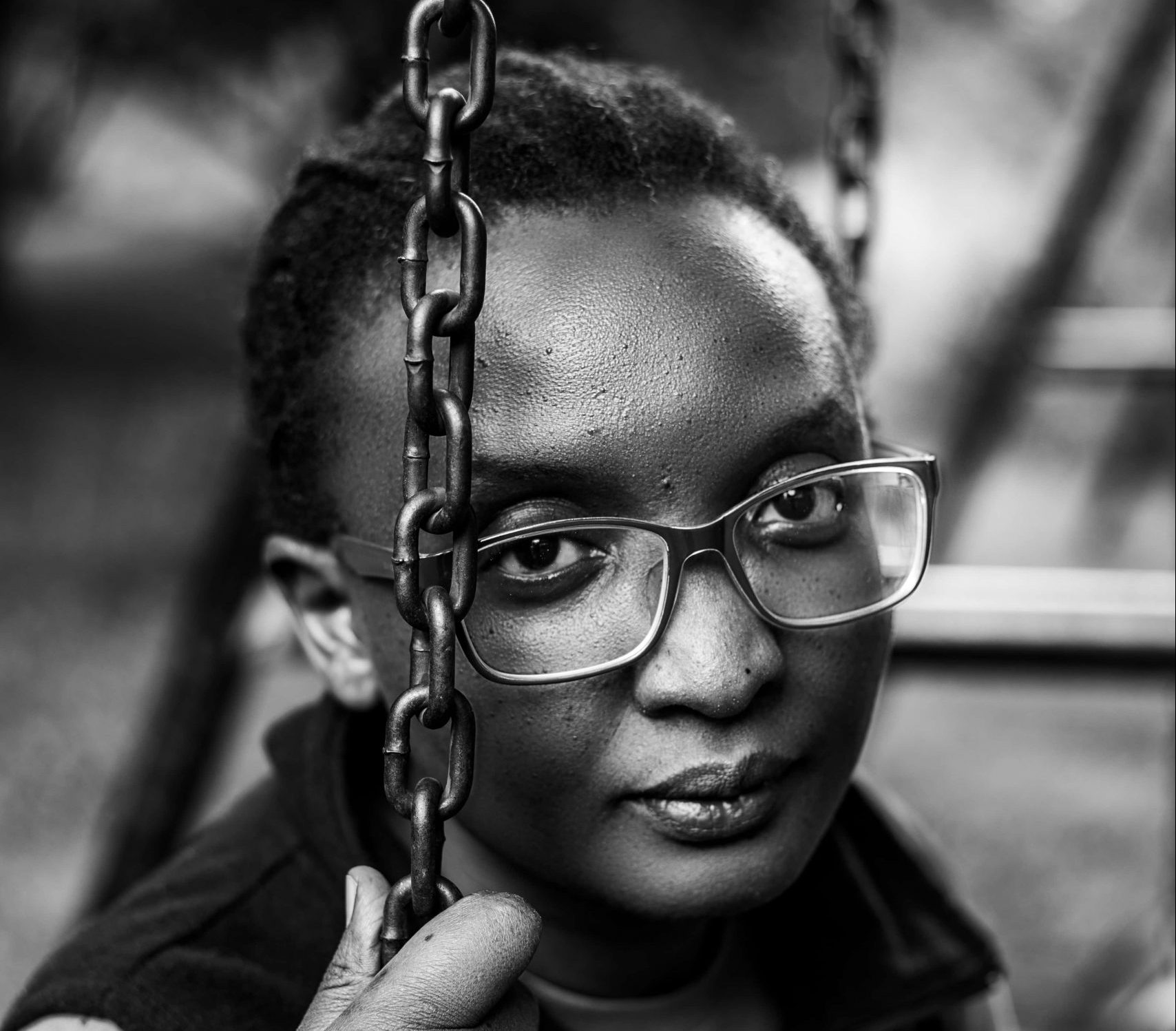 The sum-total of man’s existence is not restricted to one level of expression alone – and you know that. Why then persist in squashing what God created as limitless
potential into boxes, labels and stereotypes? Take the example of the workplace, the real issue is the structure of the system of work itself and its unfortunate saddening
and deadening rigidity, which is confining, like a grave which offers no escape. Which is funny because, most of the businesses so governed, began through moments of inspiration and liberty of expression. So, what happened to that freedom? Someone decided to safeguard the creation without giving due credence to the need to preserve liberty. This is what sets employers against employees and makes employees go through an unnecessary amount of inner turmoil. The creation of unnatural environments that try to coerce independent, limitless people into staying and complying, using either the carrot of salaries and benefits or the stick – the threat of their loss.

Man is not a donkey, man was not created as a beast of burden. In case you’re an employee and you’re struggling to find a fit – it’s not necessary to conform to what’s
on the ground. There is a very good reason for this. Afrika, and the rest of the world, were sold a conformist model. Conform to set education, work and living standards, or else forfeit whatever benefits are gained due to said conformity. Yet, God designed no man to be slave to another. That’s why certain kinds of confinement
are not forced on you, particularly in more liberal environments. Instead they use enticements that appeal to your sensibilities. In other environments where they don’t have to pretend to be so nice, they simply force you to do what they want and either compensate you or not.

Without a higher purpose to drive you, everything soon becomes tedium and monotony. I am talking about God’s purpose for your life as being the only thing that
drives you. With God’s purpose at the core of what you’re doing, even circumstances that make other people cringe, can be like heaven to you, or vice versa, but in the cringe-worthy environment you learn new depths in God as He becomes your true compass and measure in all things. Why? Because you’re right where He has placed you, for the time or season He has chosen and for the express purpose that He placed in you to accomplish. It’s when you begin to trade this holy purpose for money, benefits and praise that you begin to lose out the most.

Here’s what the world continually tries to prevent you from believing.GOD IS REAL. The system that the world designed has very deliberately avoided embracing God in all that it does and says. Why? They don’t want you to make Him your everything because it makes you easier to control, more predictable, easier to deceive if you don’t believe. Trust me, walking with God will cause major deviations and shifts from their own plans and schemes. God is the Master Creator of rebels for His cause.
Let me explain. Over time, mankind has been subjected to a certain type of educational system and process of socialization. At the end of the day, what these are designed to do for you is threefold:

That’s why you can find so many people who went through the same system all having a particular way of thinking. It influences where they shop, what they like to wear, what music they like, cars they would prefer to buy. Even the mavericks amongst them are predicted, anticipated and catered for. So if everyone is happy with bright colors, they anticipate a certain percentage will prefer to stand out from the crowd and choose dark colors.
For many countries which were colonized, their own particular form of indoctrination was designed to ensure that the people in those countries believed that the colonizers were far superior in appearance, diet, attire, intellect, technology, lifestyle etc. This was infused insidiously even into religious training, thereby providing the colonized nations with a particularly skewed perspective of Jesus and God as a Whole. It was a perfectly designed distortion aimed at keeping an entire culture
off balance.

You need to understand why this is important. In the not-so-distant future, governments of this world are going to start to present you with fewer options and less room. Certain countries in the world and in Afrika are already experiencing this. It comes in the form of ‘convenience’, ‘efficiency’, ‘development’ and ‘progress’ and requires that mandatory action be taken on the part of the citizens. Mandatory means ‘or else’.
The structure of the working world as it is was set up, is designed to feed into the success of the whole system, confining a recruit by contract. Which means that any
endeavor undertaken by you must gain maximum advantage for the recruiting body. What I’m saying is, employment was designed to get as much use out of you as
possible, while you are bonded to them. But you were not designed to be a slave. Hence the carrot and the stick. They must make you like it and believe there is mutual benefit – or else they must enforce subservience. The same is applied
by governments to their methods of rulership.

In the analogy of the company, everyone loses either way, because in this equation, the recruit is not fully utilizing every aspect of who they are. For instance, if 40-60 hours of a week are dedicated to one thought – with maybe 10 extra hours thrown in out of need either because of workload or other necessity – and then another 20 hours (assuming a 5 day workweek) are spent commuting to or from work, 5 hours spent eating lunch, 5 hours spent preparing for work, 5 hours spent recovering
from work, then that means about 80-100 hours a week or 16-20 hours a day are spent focused on this one activity and giving it one’s all, because that’s what a ‘good’ or ‘dedicated’ employee does, and there’s a perceived reward at the end of the day which comes in the form of something transient that leaves you needing more and so that you work more. LIke a drug, kind of.

The world judges as able, good, worthy, noble, those who choose to fit into the molds that they present to them. A good student answers all questions correctly or is punctual, neat and doesn’t disrupt the class. A good employee completes all their assignments well and shows ‘initiative’ or ‘goes the extra mile’. A good citizen obeys all the laws of the land and complies with the set requirements. You are ‘good’ in the
eyes of the law if you conform. To them. Even where that conformity takes you away from conformity to God.

That’s the worst part of this system. There is no room for God outside of set parameters and zones. That ‘goodness’ displayed by the student, worker or citizen, grants them an access pass to every reward possible, for as long as the system deems them fit and once they expire, they’re put out to pasture, either in disgrace or with some kind of celebrated honor which often takes place before men. There is something wrong with the world as it has been envisioned.

If by the time you’re done with your day, or work-week, you have expended yourself for something that may have no eternal value, that has drained you, depressed you, stressed you and has kept you from fulfilling your eternal purpose – especially, if you didn’t check with God concerning your life.

Now, that’s something that should give one a moment’s pause. Even your vacation is time away from something you ‘have to get back to’ at the end of that period. That’s if they don’t call you every other day asking about something. So, for however long you’re with this place, they keep you at their beck and call, pretty much, saying they
will take care of you, but… well, really, it’s you taking care of them. Genesis 3:17-19 talks about the curse God put on production for Adam’s choice of heeding the voice
of deception which came through his wife instead of heeding God’s own voice. It says, in part: 17 …“Cursed is the ground for your sake; In toil you shall eat of it All the days of your life. 18 Both thorns and thistles it shall bring forth for you, And you shall
eat the herb of the field. 19 In the sweat of your face you shall eat bread Till you return to the ground, For out of it you were taken; For dust you are, And to dust you shall return.” Contrast this with the blessing which God spoke over man and note – there was no production on man’s part – in Genesis 1: 28-29 and see also the promise of God of the blessing of rest when we turn back to Him in love Matthew 11: 28-30.

Does it sound to you as if the current world system is anything but an engendering of the curse? If one is sincere, especially when presented with the conditions in many Afrikan countries… it doesn’t really seem to be going anywhere. Afrika has believed a lie, that to build another Babylon will be successful this time so she is marrying systems internally.

Guess whose backs the building is taking place on?

For as long as you choose to toil and not seek God, choose to pursue physical things and not pursue God’s heart, choose to maintain status quo and not find out why you’re on earth… things will go on as they are. It’s up to you. Go to school, work hard, get a job, work hard, die… or go to God find rest and your purpose, live that out, glorify Him and Live.

Gen. 2:15 Then the LORD God took the man and put him in the garden of Eden to tend and keep it.

HISTORY OF THE EVOLUTION OF HUMANITY