by The Organic Guy 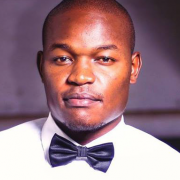 Hi, Am The Organic Guy and welcome to my world!…

The United Nations sustainable development goal 1 (SDG1) of ‘NO POVERTY’ Envisions eradicating poverty in all of its forms everywhere by 2030. The republic of Kenya is among the 193 member states that adopted the agenda back in 2015. In Kenya, and most parts of the world anyone living on less than $ 1.90 a day is considered to be below the poverty line. As of 2018, the proportions of Kenyans living below the poverty line had declined from 46.8% in 2005/06 to 36.1% in 2016/17 according to the World Bank. Despite this progress, Kenya is NOT on track to eradicate poverty by 2030 as per SDG’s!

The current progress can be attributed in part to the Kenya vision 2030 (which is in line with SDG’s) and the big 4 agenda, both initiated by the Kenyan government where both of the plans places agriculture as the true path of improving the economic wellbeing of Kenyans. This is because, agriculture in general acts as a source of livelihood for over 70% of Kenyans. Both Kenya’s vision 2030 and the big 4 agenda align with SDG’s and are viewed as the best anchors in implementing SDG’s in Kenya.

In the Kenyan economy, agriculture does play a critical role especially in the rural economy where poverty tends to be high. According to our NEW constitution, agriculture was one of the sectors devolved to the county governments making them a very important part in implementing any agricultural policy. Just how important is agriculture to the Kenyan economy? Well, it contributes up to 26% of our GDP and another 27% of the GDP indirectly. The sector also employs more than 40% of the total population and more than 70% of the Kenyan rural people. The sector also accounts for 65% of the export earnings and provides employment, income and food security needs for more than 80% of the Kenyan population.

With all the importance of agriculture to the Kenyan economy, only less than 20% of our land is suitable for cultivation with the other 80% classified as arid and semi-arid land. This coupled with climatechange, poor soils resulting from heavy use of synthetic fertilizers and pesticides, pests and diseases among other challenges makes the agricultural sector very unstable. Given the importance of the sector in rural areas of Kenya where poverty is prevalent, the sectors importance in poverty elevation cannot be overstated enough. Hence strengthening and improving the performance of the agriculture sector and enabling the engagement of the poorest and most vulnerable in this process is arguably a necessity in alleviating poverty especially in these areas.

Organic agriculture accounts for less than 1% of the total area cultivated in Kenya but its principals are widely practiced throughout the country with MOST farmers NOT knowing that they are actually practicing organic agriculture. My grandmother was one of them. Growing up in the western part of Kenya, my grandmother who is still a farmer NEVER used any synthetic inputs, she used principals of crop rotation, minimum tillage, cover cropping among others. But it wasn’t until my university education that I discovered that we were actually organic farmers. Well, this wasn’t just my grandmother but several other farmers in my village.

Fast forward to today, we have seen the government put forth more policies that incentivize industrial agriculture and over reliance on external inputs over the small scale farmers who are the majority (70% – 80%) and who actually feed us. These policies have resulted in our most productive land in western Kenya degrading where about 50% of the soils are NOW acidic. This coupled by climate change and farmers spending more money on inputs has seen their income reduce significantly hence the stagnation in poverty over the years.

Organic farmers on the other hand in the country seems to be coping better with climate change and drought, as their crops are more resilient. This was well document in the Rodale institute’s 30 year study where when comparing organic and conventional corn, Organic corn yields were 31% higher than conventional in years of drought. Organic farmers are also receiving premiums for their organic products due to the increased awareness of organic products in the country and subsequently improving their incomes. Rodale’s 30 year research proved that organic systems were nearly three times more profitable than the conventional systems. Where the average net return for the organic systems was $558/ acre/year versus just $190/acre/year for the conventional systems.

When visiting most organic farmers in the country, you will be inclined to find more workers on their farms than their conventional counterparts. This observation was also backed up by Rodale’s report where it showed that Organic agriculture promotes job creation, providing for more than 30% more jobs per hectare than non-organic farms. The addition of on-farm processing and direct marketing further increases the opportunities for job creation.

This is important because there is NO better anti-poverty strategy than providing incomes through employment. Improving incomes of the sector that contributes up to 26% of our GDP and another 27% of the GDP indirectly will ultimately aid in the achieving of Sustainable Development goal 2, ‘NO POVERTY’, a vision that organic agriculture has a very important role to play.

Hi, Am The Organic Guy and welcome to my world! I envision a world where mankind is living a healthy and sustainable lifestyle, Organically. I have now made it my mission to ensure you are upto date on information, News and Trends in the organic world, to empower you to make informed decisions with matters regarding organic.

Is the Corona virus nature’s message that humanity needs to press the “re-set” button?