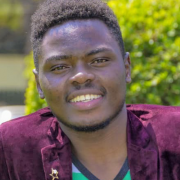 Is a practicing Kenyan journalist who is passionate about telling…

In its simplest definition, the term “Woke” simply means aware and attentive to important facts and issues – particularly issues of racial and social justice. It was first used by African Americans in the 1940s in their own initiatives against injustice, inequality and prejudice.

Thabiti Anyabwile (a.k.a. Ron Burns), a pastor in the US explains that “woke” isn’t at all new. In his article: “Woke Is…” he clarifies that “Solomon taught a long, long time ago that, “there’s nothing new under the sun.” What we call woke today is pretty close to the ‘Afrocentricism’ of the 1980’s. Afrocentricism, a word coined by Dr. Molefi Asante, professor of African-American studies at Temple University at the time, was about centering Africa and Africa-descended people in their worldview much the way Europe has always been at the center of the worldview of European people. Afrocentricism taught that Black people should see the world as Black people.”

He goes on to say that, “Of course, before Afrocentricism in the 1980’s there was the Black Arts Movement and Black Consciousness movement of the 1960s – a movement that both inspired and also drew strength from Pan-Africanism and its connections with independence movements in Africa and the Caribbean. That period gave Black people “Black” as an identifier. People don’t realize it today, but calling yourself “Black” in America was not so much motivated by describing skin color as much as it was a political statement about what is beautiful and valiant, re-appropriating what had been a slur in the mouth of others and refusing to be erased in the world.

The discovery of this consciousness was the discovery of a certain pleasure. “The pleasure of being black was a core part of the cultural revolution staged during the Black Power movement” (Margo Natalie Crawford, “What Was Is”: The Time and Space of Entanglement Erased by Post-Blackness, In Houston A. Baker and K. Merinda Simmons, The Trouble with Post-Blackness, p.36). To be “woke,” then, builds on this discovery: that being “Black”, especially in Africa, is something to take pleasure in.

But we can go even further. Before the Black Arts, Black Power, and Black Consciousness movements there was, in the 1920s, the New Negro Movement of the Harlem Renaissance and the Negritude Movement in Africa. Alain Locke in Harlem with Aime Cesaire in Martinique and Leopold Senghor in West Africa were among the leading thinkers of these movements. Following the defeats of Counter-Reconstruction and Plessy v. Ferguson, Negro artists and intellectuals began to give a more strident voice to the complaints, complexity, and beauty of Negro life and thought. This phase of the identity project featured an international awareness and exchange, and gave rise to a number of publications and outlets. The movement, like all historical iterations of what we call “woke,” sought to forge an identity both independent of white determinants and accepted by the wider world.

We could go further back. I think an essential thing to note is this: Negro, Black, African, or African-American (choose your descriptor and time period) has always involved a massive project in self-definition, self-determination and self-affirmation in a national, continental and world context characterized by anti-Black racism and oppression.

This is why some version of “woke” appears in nearly every generation. Each generation has to forge and reclaim a sense of self that’s healthy, affirming, and productive in order to withstand and resist the identity-twisting and person-debasing ideologies launched against us.” By us, I believe his reference is relevant to all people of African descent both on and off the continent. Africa is not short of human and civil rights issues and injustices that need the church’s active involvement – but how willing are these churches to empower their members or even get involved in addressing these issues?

“If you are neutral in situations of injustice, you have chosen the side of the oppressor.” – Desmond Tutu

Desmond Tutu is a South African cleric, theologian, and human rights activist. In the 1970s and 80s, he spoke out against apartheid and drew international attention to the racial injustice of the system. In 1984, he was awarded the Nobel Of Peace. This quote expresses the importance of being vocal about injustice and taking a side.

1 Peter 3:15 – “But in your hearts revere Christ as Lord. Always be prepared to give an answer to everyone who asks you to give the reason for the hope that you have. But do this with gentleness and respect.”

Africa is home to over 50 percent of the world’s Christian population, which is evident and therefore reveals how receptive Africans have been to the faith that was introduced to us in large part by colonialists – even though it did find its way to the continent in different forms long before the white man came to our lands. It is, however, heretical to dismiss the logic behind Christianity and to debase the cardinal principles tied to it, which are Faith, Hope and Love (1 Corinthians 13:13). From where I sit, I would make a clouded presumption of saying that colonialism presented a gigantic package containing good and bad morsels of traditions which Africans eventually adopted.

Social justice and racial equity have often times, been promoted as an appropriate form of human co-existence from diverse wavelengths, opted for by clerics and evangelists throughout the globe.

Before the onset and rise of human rights campaigns that aimed at advocating for a common playing-field for all humanity with disregard for complexion or background, the pews were defined by social status and widespread racial profiling which defied the objectives of the teachings from the holy book, and never gave a pure reflection of the gospel. This deprived marginalized groups of the chance to access the gospel of Christ creating rifts and divisions within the church which affect it to this day. However, thanks to bold ministers such as Reinhard Bonnke and Billy Graham at the time, who courageously opposed this agenda against all odds by persistently condemning the blindness of racial/social segregation in churches across the globe, changes took place.

As seen in a recent article by Emma Green in the wake of George Floyd’s death, “a quiet network of Christian leaders like (Phillip) Pinckney has coalesced  – a sort of informal fellowship of Black pastors, nonprofit staffers, and ministry leaders who move in predominantly white evangelical circles. While prominent white pastors often get the attention for their statements on racism, their younger, less powerful black colleagues typically work behind the scenes to facilitate them. The evangelical world can be distinctly challenging in which to change people’s attitudes on race: Many of these churches have a long history of resistance to racial equity.

There have been significant signs that the evangelical world is shifting in ways that would have been unimagined only a few years ago.”

Sadly even African clerics look up to white churches in order to make decisions and reforms in conducting evangelism in Africa, therefore a turnaround will ultimately decide whom churches can reach with their messages.

As Anyabwile went on to say in his article, “Churches must understand the need to reconstitute the whole person with biblical teaching responsive to the lived realities of those communities.” For me, this rings true for African churches and communities. In precision, our approach to discipleship must, like Anyabwile says, “simultaneously heal the psychic and social destruction done to the identities/personhood of Black people…” (I see this damage in African people too.) “…while recognizing and equipping them to counter the social and political realities that contribute to that destruction in the first place.”

It is not just in America, where we need “woke evangelism,” as Dr. King put it, “we are tied together in a single garment of destiny.” Africa’s churches must understand that this is critical and find suitable responses to the needs in their communities before it is too late.

Is a practicing Kenyan journalist who is passionate about telling African stories that demonstrate its universal prowess. I aspire to be an influential and established financial coach, which will well help me educate my fellow Africans on reasonable practices that would ensure economic soundness and sanity for Africa. I write as a hobby and as a profession. I'm typically an Africanist championing for a better Africa today and in the days ahead.