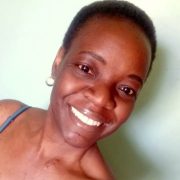 A Kenyan visual scribe, storyteller using words and images to…

LET’S DEAL WITH THE ISSUES THAT SEPARATE US

9 Two are better than one, because they have a good reward for their labour.

10 For if they fall, one will lift up his companion. But woe to him who is alone when he falls, for he has no one to help him up.

11 Again, if two lie down together, they will keep warm; But how can one be warm alone?

12 Though one may be overpowered by another, two can withstand him. And a threefold cord is not quickly broken.

Recently, I had a conversation with a friend about how the Kikuyu and Kamba people supported each other in the past; it really fascinated me. These two communities share a long border of their ancestral lands and battled two different but critical things.

The Kikuyu battled with the Maasai for prominence and the Kamba constantly dealt with poor weather and drought. In times of war, with the Maasai, the Kikuyu would send their women and children into Ukambani to be safe until the end of the war. When there was drought, the Kambas would send their women and children into the Kikuyuland for safety and sustenance. Since war and famine didn’t end in one day, some members of either community were integrated into their community of safety by marriage and never went back home.

What strikes me is the reality of how communities lived side by side, despite strong differences, and they galvanised to stand together when they had to. I also understood how there are names that originate in one community but are also found in the same, or in a different version, in another community.

Fast-forward to recent times, where we are being riled up against one another. We are told that one community is bad, and they will bring us down. Or that they have eaten all our funds and taken all our opportunities. Is that true? I am not naïve enough to think that everyone is good, but there is no way that a million people are bad, unless they are cultured that way. What happened to the system of asking questions and seeking consensus for the community?

Let’s not deny that we have challenges as a people; we do. Yet, I would like to encourage us to look at each other as sources of security and places of support, rather than difference. Why? We were never created to be identical. We were created to fill different parts of life, just like we have different parts of the body that work together to keep us alive. It is therefore impossible for our people to become the fullness of who they are if we continue to live divisively and suspiciously.

The recent unrest in Kwa Zulu Natal and Gauteng provinces of South Africa really spoke to this thought.

At the heart of it were people of different ethnic identities going after one another and treating each other with levels of harshness that broke my heart. Were people hungry and angry? Yes. Did many need help? Absolutely. Were some better armed and better able to protect themselves? Totally. Did the nation get stronger? Not really. Was there an agenda bigger than defending Zuma at play? I strongly think so. Many took property that could not even fit into their homes… so how did that help them? It didn’t. I wonder if that situation could have been sorted out differently.

It reminded me of my history lessons on how the colonialists used the same tactics of hatred and divide and conquer to take charge of our beloved continent. They enticed the stronger nations with the promise of wealth and the stronger people groups went out and captured their neighbours to sell as slaves in exchange for guns and alcohol. The colonialists incited one people group against another and got them to fight each other over land matters. When the weaker were banished to the less fertile lands, the colonialists set up camp and built farms on the fertile land and in time also banished those who helped them get the land or made them workers on their land. In the end, neither of the Afrikan people won…they handed the win to the colonial masters on a silver platter.

Could it be that our minds are still bound by the notion that we are better than other people or we are more marginalized than them? Could it be that the rhetoric our political class uses pits us against each other, yet the real tool for change would be unity and communal growth? Don’t get me wrong…some communities have been marginalized by design over time to keep them dependent. Other communities have had greater access to opportunities and networks than others. We have seen these things right before our eyes.

I strongly believe that we, the children of Afrika, must look back at our history, learn the lessons available there and never repeat the madness. We must deliberately choose to work together to rise as one. We must choose to protect one another, not deliberately destroy.  We must fight for the marginalized and helpless. We must reconnect to our own leadership models that work for us. We must drop all ideas that slow us down and embrace homegrown solutions for our homegrown challenges. No one will come with the solutions we need. As the sons and daughters of Afrika, we must choose to walk together and be strong in the power of the might of God. When one takes a step, the line pulls and the rest move, so choose to move and catalogue your growth…one thought, dream, emotion, step and collaboration at a time.

A Kenyan visual scribe, storyteller using words and images to connect all aspects of life. She powers from faith to food, health, nature in ways that encourage viewers and readers to find balance in life through its connectivity. PASSION FOR THE ART Passionate about telling HIStory of hope, love and family.

AFRIKANS: Sing Your Song of Identity

Do You Know Your Child?

Has the World Gone Mad?

LETTER FROM AN AFRIKAN IN THE DIASPORA