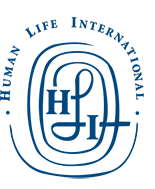 Many women seeking abortions fear that a child might interfere with their relationships with their partners. Sometimes a woman’s partner, parents, or friends encourage her to have an abortion or express disapproval if she wishes to keep the child. Because of this, women often fear that if they do not have abortions, their relationships may suffer.

While this fear is understandable, abortion does not tend to mend bonds with others. Rather, more often than not, it has severe negative impacts on a woman’s relationships—not with her partner, but with her other family members and children as well.

Relationship with a Partner

Among women who have abortions, a common reason for their decision is a worry that not aborting will damage their relationships. According to some studies, nearly 30% of aborting women fear losing their partners. Their fear is understandable, particularly since nearly three out of four women also say that they experienced at least some pressure to abort.

Having an abortion, however, is associated with a significant increase in relationship problems.

For men, arguments over future children increase by nearly 200% after a partner’s abortion. Post-abortive men are almost twice as likely to report feelings of jealousy, and reports show a near 400% increase in arguments over drugs.

Both men and women are also likely to report intimate partner violence after abortion.

In addition, difficulties tend to persist even after moving on to new relationships. With the beginning of a new relationship, the injuries from abortion don’t go away. Women remain at increased risk of interpersonal problems and are more likely to feel that their quality of life would improve if their relationships ended.

Having had an abortion significantly increases the likelihood of a breakup, usually directly after the procedure. However, it is more difficult to tell whether abortions are the cause of the breakdown, or merely a symptom of a relationship that was weak to begin with.

We might assume that these relationships were only temporary to begin with, and that abortion is nothing more than a trigger for the breakup. This may well be true. Some research has suggested that abortion merely hastens a relationship’s conclusion and does not change whether or not the relationship will eventually end.

Nevertheless, other studies have shown that even in committed relationships, abortions are associated with more frequent breakups. Among married couples, abortion massively increases the chance of divorce.

Little research has been done on the impact of abortion on a woman’s relationship with her existing family. Therefore, it is difficult to draw conclusions.

Nevertheless, there is some information to speculate upon. At least some girls who obtain abortions do so out of fear that continuing their pregnancy might damage their relationship with their parents. Some girls are told outright even that they will face ostracism and abandonment if they do not abort:

My mom said if I was going to have the baby I couldn’t stay at the house and see my brothers and sisters…. his mom came to the house and tried to talk them [my parents] out of the abortion, but they wouldn’t listen to her…my mother kept telling me I had cost them $800.

Considering that most adult women report that at least some pressure to abort, it is likely that minors are even more often subjected to pressure. Indeed, studies have found that around 8% of girls who told their parents about the pregnancy, and 18% whose parents found out themselves, were outright forced to have an abortion against their will.

For many of these girls, the procedure may temporarily preserve what relationship they have with their parents, whether positive or negative. Ultimately, however, abortion is likely to have severe negative consequences for the girl’s mental health and for her bond with her parents.

Abortion already carries grave mental health consequences for many women. When girls are pressured to abort, they also experience a major betrayal of trust. The coercion violates the woman’s confidence in those whom she relies on most, which can create feelings of resentment and anger. Threats of abandonment or ostracism of the woman also destroy her belief that she can depend on her parents for care.

Girls whose parents are involved in an abortion are often made to feel that their actions have created nothing but problems for the parent. The parent’s pushing for an abortion teaches her that she is not mature enough to take responsibility for her own actions, or that she is a problem herself. For girls whose parents are not involved in the abortion decision, hiding the abortion can be difficult and damaging to the parent-child relationship. The secrecy entails feelings that the girl can’t trust her parents, and can lead to lasting feelings of guilt and shame.

Relationships with Other Children

For children, abortion is inherently difficult to cope with, whether it happened before or after they were born. Young children generally struggle to distinguish their understanding of an unborn child from a child already born. Since the distinction between the two is more of a social construct than a concrete difference, abortion is difficult for children to understand.

When a sibling has been eliminated from the family, children may struggle to rationalize the loss. Knowing that they were wanted, but that a sibling was not, can lead to guilt and uncertainty. Children can fear that their wantedness could be withdrawn and even perceive their parents as murderers. Children also may struggle with feelings of hostility that they cannot express because of their desire to stay wanted. This desire can lead to emotional insecurity, breakdowns in trust, and fear.

Research has shown that children struggle when a sibling is aborted for genetic reasons. When they are partially or fully aware of what happened, they tend to be saddened and disappointed and struggle with guilt. Some children describe the abortion as the worst thing that ever happened to them. Even when the children are not aware of the abortion, family dynamics still may change.

Children may also feel that abortions were performed because of them, or even to punish them. They can internalize the termination, feeling mutilated by what happened. Other children can experience so much fear of being killed, whether consciously or subconsciously, that they can developmentally withdraw and regress. In some of these cases, the parents did not even realize that their child knew about the abortion.

COME OUT OF THE GLOBAL MIND GAME

Studies have also shown that children with aborted siblings struggle with the feeling that they don’t deserve to be alive. They tend to experience increased anxiety and an impending sense of doom, often facing depression and psychiatric hospitalization. These effects stand in stark contrast to the fact that even children with miscarried siblings feel happy to have survived.

Attempting to describe how siblings of aborted children felt, one patient said:

How could you (my parents) be loving to me and yet have killed one of my siblings? You still might do something to me. I do not trust you. I do not trust the anger I feel towards you. I sometimes want to kill you. Yet I need you. It is safer if I can see and observe you all the time. I will do that until I am old enough to run away.

The effect of abortion on children has been referred to as Post-Abortion Survivor’s Syndrome. While feeling undeserving of life, children with Post-Abortion Survivor’s Syndrome frequently struggle with anger, mistrust of parents, and a desire to escape. They don’t feel valued and fear that the people close to them don’t truly want to care for them.

The Mother-Child Bond after Abortion

Women who have abortions often suffer from many psychological difficulties that make positive relationships with their children difficult to form. These women tend to experience increased anxiety and depression in future pregnancies. Indeed, studies have found that some 25% of American women who had abortions later had difficulty just being around babies.

Moreover, women who abort become far more likely to have poor relations with future children. Mothers find themselves unable to bond with infants, are enraged by their needs, and feel anxious or helpless in caring for them. The children can also often trigger flashbacks, feelings of guilt, and other symptoms of PTSD, further interfering with maternal bonding. In some cases, parents even neglect or mistreat their children.

According to many studies, abortion is linked to increased child abuse, including emotional and mental abuse as well as slapping, hitting, kicking, biting, and beating. Such violence likely both stems from deteriorating parent-child relations resulting from abortion and contributes to further deterioration of the relationship. Additionally, the psychological impacts of abortion on the mother likely play a role in damaging the mother-child bond.

The harm that abortion does to a mother’s relationship with her children is tragic. Everyone involved has experienced trauma in some way, and trauma can interfere with healthy relationships. Often, neither the children nor the mother know how to cope with post-abortive feelings.

Abortion Is Devastating, But It Doesn’t Have To Be The End

Abortion does not fix strained relationships or bring partners together. It harms more than just the unborn child. It damages the lives of everyone involved. The true extent of the devastation abortion causes for mothers, couples, children, and society is difficult even to guess because of how far-reaching the effects are.

But it doesn’t have to be this way.

The destruction caused by abortion may not be going away anytime soon, but we can help. Women need to be aware that abortion offers no solutions to their struggles and will only make their troubles worse. Unplanned pregnancies can be terrifying, and abortion can seem to be the only good choice. But there are always other options.

Around the world, there are countless support groups caring for mothers struggling with unplanned pregnancies (find a pregnancy center here!). Through our love and support, we can show pregnant women that they do have other options. By showing compassion to those who have suffered the trauma of abortions, we can help minimize the damage of the abortion to the mother and those around her.

But we cannot let the atrocity of abortion continue to destroy relationships, families, and lives forever.

Nations and other Religions Pt2

Plastic waste on the beach and the poisoning of ocean life