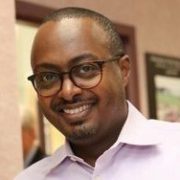 Solomon Kibriye is an Ethiopian American who currently lives in…

The Case of Ethiopia

Recent days have seen Ethiopians both in the country and in the diaspora shocked at apparent acts of betrayal by prominent citizens.  Of course, acts of national betrayal are not unique to our times.

In 1895 the Italians lured Lij Gugsa Darge, son of Ras Darge Sahle Selassie from his school in Switzerland into Italy.  They persuaded him to betray his country and stand with Italy.  The Italians promised Lij Gugsa that after they defeated his cousin Menelik II, they would place him on Menelik’s throne and make him Emperor.  They were helped in convincing Gugsa that this would be a good idea by Afework Gebreyesus, then a student in Italy who was another person who would become famous for repeated betrayal of his country.  When Menelik II marched north from Addis Ababa to confront the Italian invasion, he left his uncle Ras Darge Sahle Selassie as Regent in his absence.  The Italians hoped that they could turn Ras Darge against his nephew by revealing to him that his son was on their side and that they would place him on the Imperial throne.

However, the senior prince of the House of Shewa was not what the Italians thought he would be.  Ras Darge not only remained loyal to his Emperor and his country, he also disowned his son and had his name blotted from the family genealogy.  The Italians were crushed at Adwa and Lij Gugsa lost everything, his family, his country, and every shred of respect he could have once expected as a member of the Imperial dynasty.  He is barely a footnote in most histories of the era.  He died an exile, forgotten and unmourned.

Afe-Qesar Afework Gebreyesus whom I’ve mentioned above was another figure of betrayal.  His betrayal was repeated.  Sent to Italy in his youth for higher education he became deeply enamored with that land to the point that his loyalties to his homeland were compromised.

While he is well known for his formidable contribution to Amharic literature, all that is stained by his repeated disloyalty.  His first act as stated was helping to persuade Lij Gugsa Darge to betray his country and his family and join the Italians in the hopes of gaining the throne.  When Italy invaded Ethiopia and brought Gugsa with them, Afework accompanied him as his aide de camp.  However, after the Ethiopian victory Afework abandoned Gugsa to his own devices and managed to squeeze his way back into favor by exploiting familial ties to Empress Taitu via her mother.  Taitu however soon developed a distaste for him (she did not particularly respect Ethiopians who became overly westernized in their clothing and lifestyles) and his refusal to marry a bride she had suggested and instead marrying an Italian woman further alienated her from him.  The final straw was when she entrusted him with a significant sum of money to purchase religious paintings in Italy for St. Mary’s Church at Entoto.  When the paintings arrived, they were far below the quality that the Empress expected and she was convinced that he had purchased cheap paintings in order to pocket the rest of her money.  There was a terrible scene and Taitu is said to have cursed him saying she wished he would be crucified.

He left Ethiopia vowing never to return while she lived.  Ironically, he wrote a poem extolling her virtues when she died in order to play up his blood ties to her in his efforts to be rehabilitated.  He had already written praises of Lij Iyasu in that effort, and then when Lij Iyasu fell, he wrote even more fulsome praises of Empress Zewditu and the Regent Ras Tafari.  He was rehabilitated by Ras Tafari (Emperor Haile Selassie) who was eager to use the few western educated Ethiopians in his modernization drive.  However, a leopard doesn’t change its spots.   Afework Gebreyesus still loved Italy and eagerly latched onto the fascists when they invaded in 1935.  He became a devoted collaborator and was even given the title of Afe-Qesar (the fascist equivalent to Afenegus as the King of Italy used Qesar or Caesar instead of Negus as his claimed title as Emperor of Ethiopia).  Upon the liberation of Ethiopia from occupation Afework Gebreyesus was convicted of treason and sentenced to life imprisonment.  He died under house arrest in Jimma a few years later.

The second Italian-Ethiopian War and the fascist occupation was a time of multiple betrayals.  Most prominent among them of course was the most famous of traitors, Dejazmatch Haile Selassie Gugsa.  Dejazmatch Haile Selassie was the great-grandson of Emperor Yohannes IV, an Emperor who had laid down his life in defense of Ethiopia.  His father Leul Ras Gugsa Araya was well known as the person who captured Lij Iyasu and had handed him over to the state in service to the crown, but was courtly enough to bow and kiss Lij Iyasu’s feet before placing him in custody. Yet, Dejazmatch Haile Selassie’s life was defined by his resentment towards and antipathy against the other branch of the House of Tigray headed by his cousin Leul Ras Seyoum Mengesha. Emperor Haile Selassie had tried to balance favor between the two branches of the House of Tigray.  When Crown Prince Asfaw Wossen married Ras Seyoum’s daughter Princess Wolete Israel, the Emperor balanced that by marrying his daughter Princess Zenebework to Dejazmatch Haile Selassie Gugsa.  However, Dejazmatch Haile Selassie seethed that his cousin Seyoum Mengesha was a Leul and a Ras enjoying princely status while he remained a Dejazmatch. Rumors that his bride suffered ill treatment at his hands may have poisoned his relationship with the Emperor further, and when the Princess died suddenly and the Emperor ordered her body brought back and buried in Addis Ababa relations became icy.

It was still a stunning shock to everyone when Dejazmatch Haile Selassie crossed the battle lines and joined forces with fascist Italy, becoming the first Ethiopian senior noble to submit to Italy.  The then Italian commander on the northern front, Marshal de Bono wasted no time in releasing photographs of Dejazmatch Haile Selassie among Italian officers. The shock and outrage that the great-grandson of an Ethiopian Emperor would submit to a foreign occupier was intense.  Indeed, angry patriots in Mekele set fire to the Dejazmatch’s house when the news spread.  When Marshal Badoglio entered Addis Ababa on May 5, 1936 it was to Dejazmatch Haile Selassie Gugsa that he gave the honor of raising the Italian flag over the Menelik Palace.  Later under the Duke of Aosta’s administration Dejazmatch Haile Selassie was elevated to the rank of Ras by the King of Italy and given precedence over Leul Ras Seyoum whom the Italians had under house arrest.  To Haile Selassie Gugsa it must have been the culmination of his dreams to exceed his cousin finally, but it was a short-lived victory.

In 1941 Ethiopia was liberated and Emperor Haile Selassie returned to his throne.  Haile Selassie Gugsa fled, ending up in British ruled Asmara.  One of several irritants that emerged between the Emperor and the British was their refusal to hand over Haile Selassie Gugsa to face charges of treason.  The Emperor generally allowed nobles from Eritrea to use the titles granted to them by the king of Italy, but not those outside of Eritrea and so Haile Selassie Gugsa was once more referred to as Dejazmatch. Ironically, certain elements of British colonial administration had wanted to extend their colonial hold over Ethiopia and had plotted to create a new “Agazian” state made up of Eritrea and Tigray separated from Ethiopia.  They are said to have secretly approached Leul Ras Seyoum to become  King of this new state under British protection, but the Prince would not consider anything that compromised Ethiopian unity, and icily refused.  So instead, they approached Dejazmatch Haile Selassie Gugsa who was much warmer to the idea. However, as we previously stated, a leopard keeps his spots unchanged, and the British were furious to discover that Haile Selassie Gugsa had secretly been corresponding with Italian fascists eagerly begging them to come take back the Horn of Africa.  The British bundled him off to the Seychelles, but eventually returned him to Ethiopia after receiving assurances he would not be executed for treason.  Sentenced to life in prison, he was kept under house arrest in Ambo and was released by the Derg in 1974, only to die not long after.

Ras Getachew Abate was the son of Liqe-Mekwas Abate Bwayalew a hero of Adwa and a loyalist of Menelik II.  Lij Getachew had grown up in Menelik II’s Palace alongside Lij Iyasu.  He was sent on diplomatic missions abroad, including a stint as Ethiopian representative to the League of Nations in Geneva.  He served in the powerful role of Minister of the Interior, and as governor of Kaffa.  He commanded troops against the fascist invasion, fighting at Maichew and covering the Emperor’s retreat back to the capital following the defeat there.

He even accompanied the Emperor into exile going with him to Jerusalem.  However once there his heart faltered.  Fear of being cut off from his wealth and property in Ethiopia is said to have motivated his secret contacts with the Italians.  Ras Getachew shocked his fellow exiles by returning to Ethiopia and submitting to the Fascist authorities.  He visited Rome and paid homage to Mussolini in person.  When Emperor Haile Selassie returned in 1941, he is said to have said to this man he had known closely since they were both young, “I forgive you, but I don’t know if God will.”  He spent the rest of his days under house arrest and shunned by his peers.

Sultan Abba Jobir Abba Jiffar of Jimma, Archbishops Abune Abraham and Abune Yohannes, Ethiopian envoy to France Blatangeta Wolde Mariam Ayele, and many others, can be sited as examples of people who betrayed their country to support a foreign agenda.  However, what they all have uncommon is that they are held in contempt and have been reduced to being mere footnotes in history.  They are cautionary tales.  It seems that the latest prominent people who have become the focus of our scrutiny these days should have been forewarned by their example. Sadly for them, they were not.

May we be delivered from further acts of treachery.

The Tyranny of Western Media

The History and Development of Education in Afrika