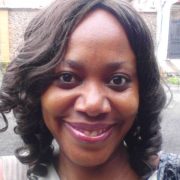 Omordia Efe Alexandra is a Behavior Specialist /Consultant and can…

At first glance, the second Sustainable Development Goal which is ‘zero hunger’ appears to be irrelevant, given the mandate of the first goal which is ‘end poverty in all its forms everywhere’

One would conclude that if poverty is eradicated then hunger will be a thing of the past but in my years of studying human behavior, I realize that sometimes human beings cause more problems than even natural disasters.

The following Transparency International annual corruption ranking will help give an idea of what humanity is capable of. In the ranking published in 2021, it states that Nigeria is 154 on the list of countries. South Sudan being the most corrupt at 180 while Denmark being least corrupt at number one .

Highlighting the issue of security votes will clearly illustrate the above. Security votes are monies allocated to governors and local government chairpersons in Nigeria to ensure that issues of insecurity are tackled but due to its peculiar nature ‘ The security funds provided in cash to the government officials are not subject to legislative oversight or independent audit and therefore are disbursed at the discretion of the Executive’.

The average Nigerian had not even heard of the term till the rise of insurgency. The advent of the radical Islamic group Boko Haram committed to fight any form of western education and girl child education made the term a common parlance. More people now know that there is such a provision in the form of security votes and they are wondering what’s happening to it.

In another Transparency International report published in 2018, it gives some insight. The report alleges that government officials spend some of the security votes allocation on security, channel some to political activities and the rest are embezzled.

As a result, the insecurity challenges are mounting up for farmers and the activities they engage in ranging from planting to getting their crops into the hands of the final consumer are being negatively affected.

Most farmers farm in rural areas. Such areas are close to forests and unfortunately large portions of forests have become temporary homes for kidnapped victims and base for making ransom demands. Stories abound of how people are kidnapped and whisked off to those forests for days or even months. Their family members are contacted and forced to pay huge sums of money that amount sometimes into thousands of US dollars equivalent. The victims are more often than not at the mercy of the kidnappers. Reports abound by freed victims of seeing dead bodies of those that their relatives did not or could not afford to pay littering the landscape. And sadly, some of the dead victims got killed even after the ransom is met. As a result of this menace some farmers have abandoned their farmland for fear of being kidnapped

Our roads have become traps for unsuspecting travelers. Almost daily, news outlets carry stories of travelers being kidnapped. In the past, the North Eastern part of Nigeria was where the extremists were active but some have relocated to the states in the South West and South South. Quite a number of them have left idealistic goals of religion and have become full-fledged bandits with money as their major concern. As a result, ridiculous sums are requested as ransom. Travelling is now a dreaded activity for the majority including farmers who need to convey crops to the towns or markets through the roads. Routes like the Benin-Auchi Road in Edo State and the Ondo Highway have become a nightmare route as tales abound of kidnapping. There was this story of a highly placed state government official who died and was going to be buried in his village and his wife who was in the convoy was kidnapped. Farmers who hear such stories are most likely going to be hesitant about traveling

There are groups of cattle headers who are a danger to farmers. Some kidnap, some murder etc. This is a very confusing and controversial issue as Herdsmen in Nigeria are mostly from the northern part of the country and of Fulani extraction. As a result of the ethnic sensitivity in place people are either accusing all of them or claiming that all of them are innocent. However, I would like to state that it is not possible for every Herdsman to be guilty. While they are stories of killer Herdsmen, another area of concern as it affects farmers is the blatant disregard by some Herdsmen who are not killers but find nothing wrong in destroying and stealing crops that are not theirs.

I had a firsthand experience of this when I went to visit a friend that lives on the outskirts. The herdsman strutted into her unfenced compound while we were watching and with no apologies directed the cows to feed on the crops she’d planted. Sometimes these group of Herdsmen can become dangerous if challenged and such activities affect the farming sector.

Based on my background as a Behavior Specialist I hereby identify 3 areas for action.

Farmers and their affiliates need to be able to articulate these security challenges to the lawmakers and decision makers. First of all they have to be able to trace how the issue of not being accountable for security votes allocated has led to more harm than good. Legislators and other decision makers need to be made to understand how this is contributing to the security challenges they face as farmers. This hopefully will bring about some adjustment or modification on the issue of accountability of security votes. Farmers should also be able to categorize challenges as it relates to gender, age, etc of members. The challenges should not be lumped together. For example, female farmers may more likely be exposed to sexual abuse during attacks. Older farmers may have more challenges than the younger ones. They should also talk about how these challenges will impact on the food chain and the economy

While that is being addressed (it takes a long time in this part of the world). Behavior focused prevention /management strategies can be designed for farmers to ensure that their safety is guaranteed to a large extent. The strategies will be designed with the existing resources on ground so that each farmer sees it as something practical and doable. It should not be dependent on external and unattainable factors. As such communities are usually isolated.

Places to Visit in Nigeria

For NGOs that want to help in the long term, here is what can be achieved. Potential recruits of these criminal and terrorists’ organizations that make farming practices unsafe should be identified and rehabilitated before they get recruited. This means that trigger zones also need to be picked out, vulnerable social classes, gender, age should also be considered. Peculiar customs that may encourage recruitment should be highlighted. This will ensure that the programs that are designed can actively engage potential recruits before they get lured. With proper management, they can become vanguards of change themselves.

Hunger is gradually becoming a pandemic and the sooner we tackle it, the better.

Omordia Efe Alexandra is a Behavior Specialist /Consultant and can be reached on efeomordia832@gmail.com

Why has Fighting in Ukraine led to Food Emergencies in Africa?