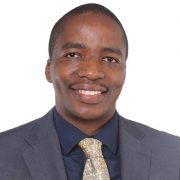 John Wills Njoroge is a psychotherapist and social diagnostician who…

We are experiencing increased cases of different forms of child abuse in our schools, homes, and communities. Familiar atrocities in our society include physical abuse in homes and schools, neglect by caregivers, sexual abuse assault, rape, sodomy, emotional abuse among others. Most parents, as a father who called me the other day, continue languishing in fear of what their children will face every single day. The most frequent question is “How safe are our children today?” According to World Health Organization, nearly 3 in 4 children – or 300 million children aged 2–4 years frequently undergo physical abuse and/or psychological violence at the hands of parents and caregivers. Unfortunately, one in 5 women and 1 in 13 men account for having been sexually abused as a child aged 0-17 years. What exactly happens to the mind of an abused child?

Today, let us take a journey through the mind of an abused child to try and understand that unseen world. As we journey, we need to understand that it is not enough to address the atrocities by only establishing domestic laws to curb the evils. We need to hear and listen to what is happening in the minds of the victims of abuse among children. There are high chances that we are not aware of the damage caused by the perpetrators to the victim hence our impatience in the recovery process of those affected by dreadful acts of wickedness. I have met adults who were abused as children and children receiving treatment in hospitals. This event has extremely affected their lives, and it does not add any value when they live in a society that castigates their behavior instead of understanding their uproar in the brain.

Damaged brain due to physical and psychological abuse, works by depleting a child’s perception about life due to betrayal and pain inflicted by an adult or a schoolmate. So, what exactly happens to the human control tower namely the brain? Childhood maltreatment and sexual abuse have been reported to have several harmful effects on how the brain develops and matures.

According to neuropsychologists, traumatic events affect the brain by decreasing the size of the corpus callosum. The corpus callosum has more than 200 million myelinated nerve fibers that link the two brain hemispheres. This allows communication between the right and left sides of the brain. Defects inside the corpus callosum have been largely reported in maltreated children by mental health practitioners.

Maltreated children tend to suffer in their learning processes because the traumatic experience decreases the size of the hippocampus. I have heard parents questioning their children as to why their grades are affected by something that happened a few years back. Some caregivers interrogate their children harshly trying to understand why it has taken so long to recover from their maltreatment experiences. For a child who has been abused, the hippocampus part of the brain that is important in learning and memory gets affected immensely. This part of the brain influences a person’s memories as well as their ability to form new memories in life. When damaged, this part of the brain predominantly affects the capability to recall directions, whereabouts, and coordination. That is why we find victims suffering from such unable to recall what exactly happened.

Sometime back I had a patient who had been in an abusive environment for some time. Unfortunately, in such spaces where stress levels are high, such trauma is reported to propel dysfunctions in the hypothalamic-pituitary-adrenal (HPA) axis. This part of the brain like the expectation we have of rapid response by the fire brigade in the face of the destructive blaze participates in the stress response enabling us to handle stress effectively. This patient had consistent chronic stress, which had disrupted by disintegrating the very system in the body necessary for a healthy stress response hence having victims who are overwhelmed by their situations. The patient felt helpless and could not attend to any personal need they had for some time.

Last year we encountered an abused child seeking help in a language that most of us would call misbehavior. The way of communication was a reaction: shouting, fighting, and outbursts of anger which is simply acting out when words cease to express their inner traumatic chaos. Abuse tends to make children have dampened emotional responses because of the cruelty experienced that affects their whole being. A child’s brain in such conditions ends up having less volume in the prefrontal cortex, which affects behavior, responsive balance, and discernment. Such victims of mistreatment end up becoming more aggressive and irritable in their interactions with others. In a society that pushes children to detach from their emotions, the pain experienced makes these children struggle to take initiative or have the will to participate in activities. Some end up performing poorly on assigned responsibilities at home and school that require persistent preparation

One time while visiting a patient in a hospital, I found this lady taking care of the son who had a fracture. Inquiring further what had happened, the son had been sodomized in the streets and since that time, the mother reported that he had become “careless”. Luckily, the psychiatrist explained to the parent how abuse harms the functions of the brain as a result of emotional and physical woundedness. Patients and victims of abuse tend to have over-activity in the part of the brain called the amygdala. This can drive harm to the amygdala and as a result, impair a patient’s/victim’s capacity to make nontoxic decisions. This can cause a child to lose their natural dislike to risk and loss, hence making all the wrong and risky decisions. It becomes difficult to process emotions and informed reactions to impending traumatic or unsafe circumstances. Sometimes you will find a victim who ends up becoming a target of abuse in another similar or different experience due to such damage in the brain.

Abused children suffering from post-traumatic stress disorder are reported to have reduced volume of the cerebellum. Considerably reduced brain volume and reduced cerebellar left hemisphere can affect the motor skills and coordination of a child. We need to understand that emotional trauma and PTSD do cause long-term brain and physical damage to the victims. There is more we can do to support children by ensuring that we get past the symptoms. If our perception of children’s behavior is resistance and not crying for help, we will miss their needs and desire to heal. Children are losing us as the caregivers they desperately need in trying times.

John Wills Njoroge is a psychotherapist and social diagnostician who assists individuals and teams clarify their purpose in life and create a philosophy of their existence and work. He is co-founder of Lead Global Impact, an organization that builds the leadership capacity of primary and high school children and youth in Kenya. He is the author of ‘Father to Son’, a manual designed for fathers to better understand their sons and relate more effectively with them, and ‘Brave Hearts Leadership Program’ a manual that has been used widely to train boys as responsible leaders. Among many other leadership roles, he is consulted and contributes to shaping narratives on youth matters and social justice in Kenya’s mainstream media.

Through the Mind of a Molested Child

When is Enough… Enough?