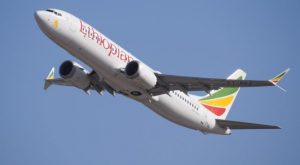 We at Msingi Afrika Magazine could not but agree with and commend the strength that both the Ethiopian government, the Ethiopian people, and Ethiopian Airlines showed when one of the aircraft in its fleet, a Boeing 737 Max 8 crashed in Tulu Fara Village near, Bishoftu, just six minutes after taking off from Ethiopia’s capital, Addis Ababa. The crash killed all 157 passengers and crew. This happened five months after another airline Lion Air experienced a similar crash of the same aircraft make.
The loss of flight ET302 may mean many things to many people, but to us, the way it was handled by Ethiopia, shows the beauty of an African nation putting her foot down in the face of a multinational like Boeing, and the international media, without fear of the consequences, and calling things the way they are.
Our most sincere kudos to Ethiopia for taking a stand for strength that is only found in a true African nation.
Our hearts condole with those who lost loved ones in that crash.

THE FALLEN ‘LADY’
On the 15th of April, 2019, one of France’s national treasures, the Notre 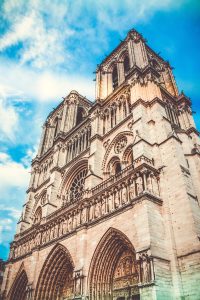 Dame Cathedral was consumed by fire. The evening blaze which caught everyone by surprise, started suddenly and lasted approximately fifteen hours, before being put out.
Images of a red glowing spire and roof top were flying around the internet, as the whole world watched in horror and disbelief. The spire collapsed and most of the woodwork was destroyed by the fire, which left, in its wake, the cross and the altar. Centuries of history from the already crumbling monument, gone up in smoke. Among the items rescued from the fiery inferno were the crown of thorns and a cross donated by Ethiopia’s Menelik II.
It was the week leading up to the commemoration of Easter and all plans which were in place were consumed alongside the Cathedral which is also known as ‘Our Lady’ or ‘Our Mother’.
One person was quoted as saying that it’s like watching someone you love die. 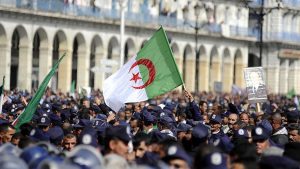 The month of April 2019, brought with it sweeping changes in North Africa. 50 combined years of rulership by Algeria’s Abdulaziz Bouteflika (2 decades) and Sudan’s Omar al-Bashir came to an end at the hands of frustrated and tired people. In both cases, it took the courage and commitment of the people to face down giants in the land at great personal risk, and pull them down.

It looked magical and scary at the same time that a strong dictatorial regime will be humbled out of power by hand of a woman. Alaa Salah has become 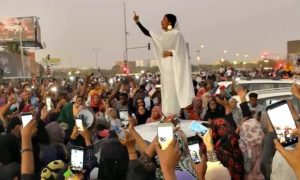 an icon of bloodless revolution, which could only be by the hand of God. Sudan and Algeria will never be the same after now, even as this becomes a call for true and selfless Africans to lend their voices for the liberty of Africa. Africa has spoken. Change is here for sure.