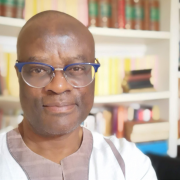 This is the final part in the serialization of the article by Dr. Bhengu.

The Need for the Recovery of African Identity

According to Mbeki, the problem of “rapacious and venal individualism”– which the neo-liberal policies of his government have often been accused of exacerbating, will only be resolved by a rediscovery of “African identity” and the building of a society that is “new not only in its economic arrangements, but also in terms of the values it upholds”, namely the “Ubuntu value system” (Mbeki 2007).

Again, speaking at the eighth annual Steve Biko Memorial Lecture in Cape Town in September 2007, Mbeki provided a somber and rather frank assessment of disturbing levels of fragmentation and dysfunction in our post-apartheid society, and said,

“Our society has been captured by a rapacious individualism which is corroding our social cohesion, which is repudiating the value and practice of human solidarity, and which totally rejects the fundamental precept of Ubuntu” (Mbeki 2007: 16).

When we act with integrity, we harmonize our behavior to conform to universal human principles. We do what we know is right; we act in line with our principles and beliefs.

For one’s actions to conform to universal human principles, one must take responsibility for his/her actions – and the consequences of those actions.

Caring about others communicates our respect for others. It creates a climate in which others will be compassionate toward us when we need it most.

Without a tolerance for mistakes and the knowledge of our own imperfection, we are likely to be rigid, inflexible, and unable to engage with others in ways that promote our mutual good.

Economic Anthropology:this explains human economic behavior using the tools of both economics and anthropology. It deals with the relationship between the world capitalist system and local cultures.

Political Economy: Originally, political economy meant the study of the conditions under which production was organized in the nation-states. It explains phenomena beyond economics’ standard remit, in which context, the term “positive political economy” is common.

Behavioral Economics: which deals with behavioral economics and behavioral finance. These two are closely related fields that have evolved to be a separate branch of economic and financial analysis which applies scientific research on human and social, cognitive and emotional factors to better understand economic decisions by, say, consumers, borrowers, investors, and how they affect market prices, returns and the allocation of resources. The field is primarily concerned with the bounds of rationality of economic agents. Behavioral models typically integrate insights from psychology with neo-classical economic theory. Behavioral finance is another similar field of knowledge that evolved during 1970s.

Social Economics:which is concerned with the relationship between economic activity and social life. It uses methods from sociology, economics, history, psychology, etc. In many cases, socio-economists focus on the social impact of some sort of economic change. Social effects can be wide-ranging in size, anywhere from local effects on a small community to changes to an entire society. The upshot of these considerations is that economic policies should be based on community.

Characteristics of the Afrikonomics Theory

Afrikonomics Theory maintains that any harmful action against another individual is a threat to the whole society; a restriction on individual’s economic activity places severe constraints on the economic welfare of the whole society; if the individual prospers, so too does his extended family and the community; an individual could prosper so long as his pursuit of prosperity does not harm or in conflict with the interests of the community; the society’s interests have to be paramount; unless an individual’s pursuit of prosperity conflicts with society’s interests, the State must intervene.

It is rooted in social order, natural order, and the cosmic order.

It is about the principles of communal ownership of the means of production in which kinship and family groups participate in economic activity.

It is opposed to capitalism, and equally opposed to doctrinaire socialism which seeks to build society on a philosophy of inevitable conflict between man by man (seeks a third path).

It is underpinned by the African maxim: “I am because we are” in which the “we” connotes the community, the “I” connotes the individual or personhood. To the African, the “we” means his/her extended family or lineage.

It is a morally charged economic system that seeks to increase the welfare of the global community which simultaneously increases the market for economic goods and services.

It is a transformed and liberated state of mind, with a capacity to transform an individual, an organization and the society.

It is an economic system of equality and respect for human dignity; sharing of the resources, which are produced by people’s efforts; work by everyone and exploitation by none.

It seeks to move our society forward to a higher and reconciled form of society, in which the quintessence of the human purposes reasserts itself in a modern, free and democratic economic context.

It seeks to create a new society that is humane, just and harmonious.

It seeks to put an emphasis on any marginalized culture in the economic evolution of the sub-Saharan Africa.

Its seeks to serve humanity to the fullest by committing itself to Ubuntu, as a global ethic, to understanding one another, to socially beneficial, peace-fostering, and nature-friendly ways of economic life.

It believes that everything in the universe (even a stone) is endowed with some kind of soul, level of consciousness or life-force

It sees a human-centered one world.

It believes that the material gain alone cannot lead to true development; economic activities are inter-related with all other aspects of life.

It believes that people’s well-being and their very identity are rooted in their spiritual, social, and cultural traditions.

Aristotle, “Man was not an economic but a social being. Man’s economy was, as a rule, submerged in social relations”.

Karl Polanyi (1940) “Laissez-faire industrial capitalism separated out economy from society and polity by turning labor, land and other natural resources into commodities…”

Prof. Adebayo Adedeji (1982) “Most development paradigms in Africa have been grounded in Western political and development traditions that failed to take cognizance of Africa’s cultural and historical background”.

Prof. George Ayittey (2005), “The type of capitalism practiced in Africa was of a different variety. Profit was not appropriated by a single individual or by corporate owners, as in the West. Nor was it appropriated by the state, as in the East. In indigenous Africa, profit was shared between the owners and the workers”.

Julius Nyerere (1968), came up with the theory of Ujamaa in Tanzania.

Thabo Mbeki (2007) ‘South Africa is a country of two economic nations’, i.e. the first economy and the second economy’.

Prof. Herbert Vilakazi (2001) “The challenge for us in Africa, is to develop a new economics, which shall be a reflection of the economic experiences of the overwhelming majority of society, the African people”.

In a sense, the Afrikonomics Theory attempts to be involved, with other global forces, in an organized process of de-colonizing and over-hauling Western capitalism so that it could serve humanity well, and we can do that if we move from outside to the inside, and begin to domesticate all the economic methodologies and approaches that were ideologically constructed, as Western economic constitutive rules, and begin to problematize new epistemological approaches that are based on our own cosmogonies, i.e. look at things from within and re-humanize the economic world.

It is in this sense, that this theory explores ways and means of creating an economic-cultural synergy, which would achieve an integral, re-humanized and moral economic system, that would, in turn, create an integral and holistic economy.

Every day I feel an urgent need to put into practice the central ideas of Afrikonomics Theory. I feel it whenever I see beggars on the street, and whenever I learn something of the life story of someone who has suffered economic adversities. I believe, further, that problems that are not strictly economic such as crime, environmental degradation, alcoholism, war, etc. that at present cannot be solved, could be solved, or at least greatly alleviated, in a world organized according to the central principles of Afrikonomics Theory.

Before I begin, however, I will give two answers to what lawyers call a threshold question. A threshold question is a question that needs to be answered before beginning the analysis proper. My threshold question here is the question why a white man such as me would want to contribute to building an African thought, such as this one, is sometimes identified with the conviction that the opinions of white men have dominated the world far too long, and that it is time to reconstruct the world according to the opinions of people who are not white, or not male, or neither white nor male. If Afrikonomics Theory is in principle a revolt against me, it might appear masochistic on my part to be contributing to a revolt against myself.

Firstly, as Bhengu makes clear, Afrikonomics Theory is not a racist doctrine. It proposes a non-racial world with respect for cultural diversity, organized by a philosophy originating in Africa (where indeed, as Dani Nadubere and others have shown, European philosophy also originated). Afrikonomics Theory is not an African attack on the rest of humankind. It is an African contribution to all of humankind.

Secondly, Afrikonomics Theory, with its roots in a particular set of cultures and in the history of a particular geographical area, is an example of a new, better, and more believable form of humanism. By “old” humanism I mean the universal rights of man of the European Enlightenment. They are classically expressed in the categorical imperative of Immanuel Kant: treat rational being, whether in yourself or in others, always as an end and never as a means only. Now after the genealogies and deconstructions of Michel Foucault, Jacques Derrida, and others, it is no longer possible to regard this old form of humanism as scientific or philosophical truth. Whatever merits it may have as a mythology suitable for organizing some or all human relationships, it is not what Kant and other Enlightenment leaders thought it was: it is not an ethics founded on a concept of what it means to be human cognitively valid at all times and places.

Afrikonomics Theory is frankly a product of African culture and history. It is not (as the Enlightenment was) the product of a particular culture and history palming itself off as universal. Afrikonomics Theory is an example of a new kind of humanism more believable and less imperialistic than the old kind. Consequently white men, yellow men, yellow women, white women, red women, red men, and indeed anybody at all can regard it as a good example. It is an example we here in Chile will be able to learn from as we promulgate an economic humanism rooted in Chilean culture and history. The people who follow Afrikonomics Theory’s good example need not necessarily be Africans. They can construct economic humanisms from the cultures and histories of other places and peoples. This is all to the good. It is liberating for everybody.

The Safe Harbor of Forgiveness

The Criminal Justice System in Kenya and the Cry for Change

Do not quench the little Afrikan fire