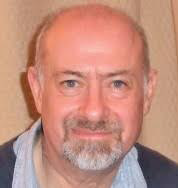 I can think of no more important time than the current one in which to welcome this important book on the study of African identity, culture, research, and enterprise.

Ronnie Lessem and Anselm Adodo turn their attention to Africa’s cultures and the economics that that culture has, in the past, and is, in the present, distinctively generating. This exercise could not be timelier. The current culture wars – which have sparked an acute phase of violence in the United States and is threatening to spill over into other parts of the world, not least the UK, where I live and work – has focused on the simple, irreducible fact that Black Lives Matter. Of course, all black lives, as all human cultures, have their origins Out of Africa,  as Karen Blixen, the Danish anthropologist and agriculturalist, famously wrote.

Not that establishing the nature of African heritage is easy.  The case of Professor Jessica Krug, a white Jewish woman from Kansas, who posed as a black person of African diaspora heritage, and who taught on race and identity, brought questions of cultural appropriation into sharp relief earlier in 2020. Her popular book, Fugitive Modernities, which sought to explore the history of “those fleeing expanding states and the violence of the transatlantic slave trade”, proved to have a more significant title than even she had admitted.  As a child of the port city of Liverpool, which was at the very dark heart of the evil triangular slave trade and became prosperous through its market in black flesh, I wince at how African culture can be so misused, even in the 21st century.

Less acutely, but reflecting the nature of sensitivities surrounding African culture, have been the cases of British music stars Adele and Rita Ora, who have been accused of cultural appropriation.  These issues are much less severe than the brutality and violence surrounding Jacob Blake and George Floyd’s injuries and Breonna Taylor’s killings.  If you do not recognize their names as you are reading this, please search them out.  As we enter the third decade of the 21st century, their tragedies reveal that the world has yet to wake up to the profound debt that all civilizations owe to Africa, its heritage, and, equally, our need to respect its destiny.

It is in this light – and, of course, for those of us who know and have lived in Africa, it is the antithesis of a dark continent – that this book will illuminate the distinctive cultural contribution of Africa, through what the authors, white and black, European, and African residents but, each born from African soil, refer to as Afrikology. Nor is it a single cultural or philosophical thought-form.  Africa is not a country; of course, it is a continent.  It encompasses such diversity as Morocco and Mozambique, Sudan and South Africa, Angola, and Algeria.

Equally, whilst Africa has contributed so much to human thought, culture, and economy, it has also been the recipient of global movements, from Greece and Rome’s ancient civilizations to modern Europe, the Americas, and latterly but not insignificantly, China.  But, it is the hegemonic influence of the Northern and Western worlds over Africa’s Southern and Eastern soul that is the starting point for this book.  Afrikology is born out of the interplay between its continent’s communities, their unique values and spirituality, and its multitudinous peoples’ reasoning and enterprise.  Europe does not have a monopoly in thinking and research.  America is not the only source of business, economics, and markets.

Indeed, the drumbeat, the music, and the dance of Africa, quite frequently, express the continent’s meaning as eloquently as does its words.  And it is meaning that is at the core of this book.  Semiotics is the science of meaningful signs. It demonstrates the relationships between economic objects, their subterranean significance – what I call their ‘archetypes of signification’ – the pointers they make towards transformation processes and the interpretations that work out in new innovations, enterprises and fresh economic objects.  Herein, Ronnie Lessem and Anselm Adodo address each of these as they orientate their way around the re-GENErative cycle.

They begin, as do all meaningful business and economics, with examining value, especially the land’s value, in both the ancient and modern Egyptian culture settings.  This is so much a part of the origination of Afrikology.  From there, they take us into an examination of African cosmology, especially through the Dogon people’s lens, revealing that this represents the centerpiece of African culture and wisdom.

In the second major part of the book, the authors turn from local grounding to the emergence of Afrikology onto a global stage.  Firstly, through African Creation Energy, with its ‘squaring of the circle’, we see the cyclical GENE and its four poles in a fresh light. Secondly, they unveil the distinctive African ethno-philosophy on the shoulders of Placide Tempels, Bantu Philosophy, and Nkrumah and Senghor’s political programmes.  Each, in their own way, reflects the traditionalist grounding of Afrikology in their tribal homelands whilst, at the same time, indicating the direction of Africa’s unique cultural modernity.

Through the third part of the book Lessem and Adodo take us to one of the most significant aspects of Afrikology, so far as they are concerned, as scholars, namely that of the distinctive research philosophies and epistemic roots of African learning.  For too long, the Northern and Western worlds have claimed global domination of epistemology and an interpretation of what it is ‘to know’, all too frequently through a secularized version of rationalist science and method.  As these authors ably demonstrate, Afrikological science and research are deeply integral, intertwining process and substance so that the Western fetishising of the subject-object dichotomy is dissolved.

Indeed, the rediscovery, in recent decades, by European and American social science, of emic anthropology, phenomenology, action research, the range of ethno-methodologies, and semiotics itself can be traced back to an Afrikology of methodology.  In the second chapter of Part Three, thence, we are taken to a contemporary example of Afrikological research-in-practice through the work of CIRD-A (Centre for Integral Research and Development in Africa).

The fourth and final part of the book completes the GENEtic cycle by revealing the Nature-grounding to science-based innovation of two of Africa’s most unique and transformative communal businesses.  First, we see the fusion of European associative thinking and African rootedness, through the biodynamic agricultural pioneer-enterprise of Sekem (with its learning centre at Heliopolis University), in the Egyptian desert as it was before Sekem turned it green. This is courtesy of one of Sekem’s principals: Dr Maximilian Abouleish.

Second, we are taken into the communalist world of Anselm Adodo’s own plant and Nature-power-based herbal medicine centre, of Pax Herbals.  Therein we see a distinct fusion of Roman Catholic spirituality and traditional African knowledge, where the life of plants is understood more like co-creators of the world than as crops to be harvested.  Pax Herbals’ significance through the Covid-19 pandemic has been a remarkable example of how a distinctive indigenous approach to medicine has attracted the eyes of the world, away from vaccines and global Pharma, onto the life of African soil and plants.  This is a fitting final chapter, before the authors conclude, as we see through their eyes, the work that they have pioneered, both in theoretical practise and practical theory, as an integral advantage and transformation management.

What we hear as well as see through the encircling of African philosophy and praxis, in this book on Afrikology, is the wild drumbeat of Africa, which needs to be recognized for what it is in the world’s destiny of the 21st century.  This is not a continent of poverty, malnutrition, disease, and economic inequality.  Of course, there are some pockets of each of these phenomena in Africa, as there are in Europe, North America, Asia, and Latin America.  But Africa’s heart and the drumbeat is to reflect its role as the origination and the end-steward of civilization.  And thanks to Adodo and Lessem, this persistent rhythm can be more acutely heard.

Book Review: God is a Woman